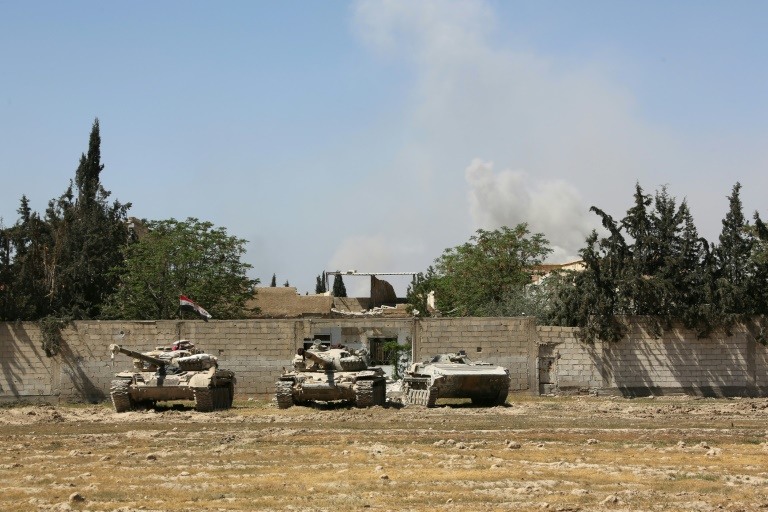 Moscow on Sunday rejected claims the Syrian regime used chemical weapons on an opposition holdout in Eastern Ghouta, after the US said Russia bore ultimate responsibility for any attack.

"We firmly deny this information," said General Yuri Yevtushenko, head of the Russian Center for Reconciliation of the Warring Sides in Syria, in comments reported by news agencies.

"We are ready, once Douma is freed from militants, to immediately send Russian specialists in radiation, chemical and biological defence to collect data that will confirm these claims are fabricated," he added.

The previous day Douma was pounded by renewed airstrikes that killed 70 civilians in around 24 hours -- while 11 people also suffered breathing problems.

"These reports, if confirmed, are horrifying and demand an immediate response by the international community," US State Department spokeswoman Heather Nauert said in a statement.

"The Assad regime and its backers must be held accountable and any further attacks prevented immediately," she added.

"Russia, with its unwavering support for the regime, ultimately bears responsibility for these brutal attacks."

The Syrian regime has been repeatedly accused of using chemical weapons, with the United Nations among those blaming government forces for a deadly sarin gas attack on the opposition-held village of Khan Sheikhun in April 2017.

Since February 18, the regime's Ghouta offensive has killed more than 1,600 civilians.

The regime has used a combination of a fierce military onslaught and two negotiated withdrawals to empty out 95 percent of the enclave near Damascus, but rebels are still entrenched in its largest town of Douma.