HEADLINE Much to accomplish in one year before Brexit

Much to accomplish in one year before Brexit 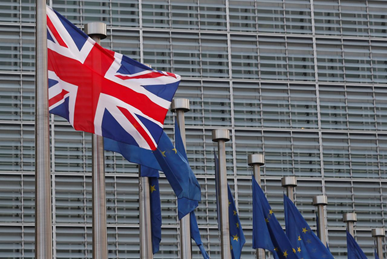 Experts warned, however, there may not be enough time to untangle a four-decade-long social, political and economic relationship, and much could go wrong.

"Brexit provides us with opportunities," UK Prime Minister Theresa May said at a weaving firm in southwest Scotland, during a whistle-stop tour of the UK. "It is in our interests to come together and really seize these opportunities for the future."

Breix will also offer more money available to spend on the National Health System (NHS) and schools, May added.

UK will formally leave the EU March 29 of next year and enter a transition period until December 2020, according to latest discussions by UK and EU.

For May’s optimism, there are numerous thorny issues to settle — and little time. The two-year countdown — triggered when Britain formally announced its intention to leave the EU a year ago — was described as a "ludicrously short" time frame, by Rob Ford, a University of Manchester political science professor.

There are many areas where the two sides must strike a deal: aviation, research, nuclear cooperation, and Northern Ireland, to name a few. Crashing out of the EU could be seriously disruptive for Britain, leaving hospitals unable to provide certain treatments and planes stranded on tarmacs.

UK Foreign Secretary Boris Johnson said Brexit has become “an unstoppable express”, and that he remains optimistic on the issue.

“It’s exactly a year from today that Britain will be out of the European Union and re-engaging with the rest of the world.” In his article for the Express, Boris Johnson says, “Our national journey out of the EU is almost over -- and a glorious view awaits.”

British voters are still divided. Brexit’s critics argue that Britain should reserve the right to reverse Brexit in case Britain is deemed worse off.

Following the Brexit vote last year, fears emerged other European countries might follow, like Denmark, for example, or France. These fears have since abated. For many in Europe, Brexit has been a wake-up call.