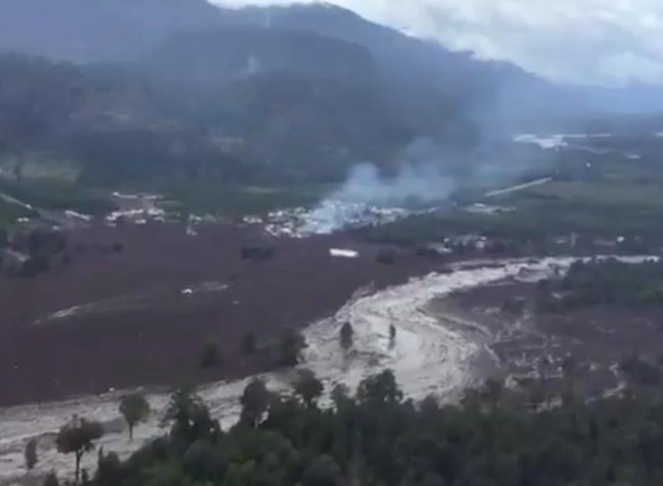 A mudslide tore through a small village near a popular national park in southern Chile on Saturday, leaving three people dead and 15 missing after a night of torrential downpours, authorities said.

A video taken by Chilean police from a helicopter showed a vast swath of the remote town of Villa Santa Lucia, near Chaiten in coastal Patagonia, buried beneath the mud as the landslide plowed its way down a flooded river valley.

Two Chilean women and a male tourist whose name and nationality have not been disclosed died in the accident, authorities said. Rescue workers were continuing to search through the debris for at least 15 other people.

The mudslide also destroyed a school and several homes and roadways as well as a voting center ahead of Chile´s presidential election on Sunday.

“I have ordered rescue workers to put all the resources necessary towards protecting the people of Villa Santa Lucia,” Chilean President Michelle Bachelet said on social media.

More than 4.5 inches (11.4 cm) of rain fell in 24 hours, the country´s Interior Ministry said, but weather conditions were expected to improve later in the day.