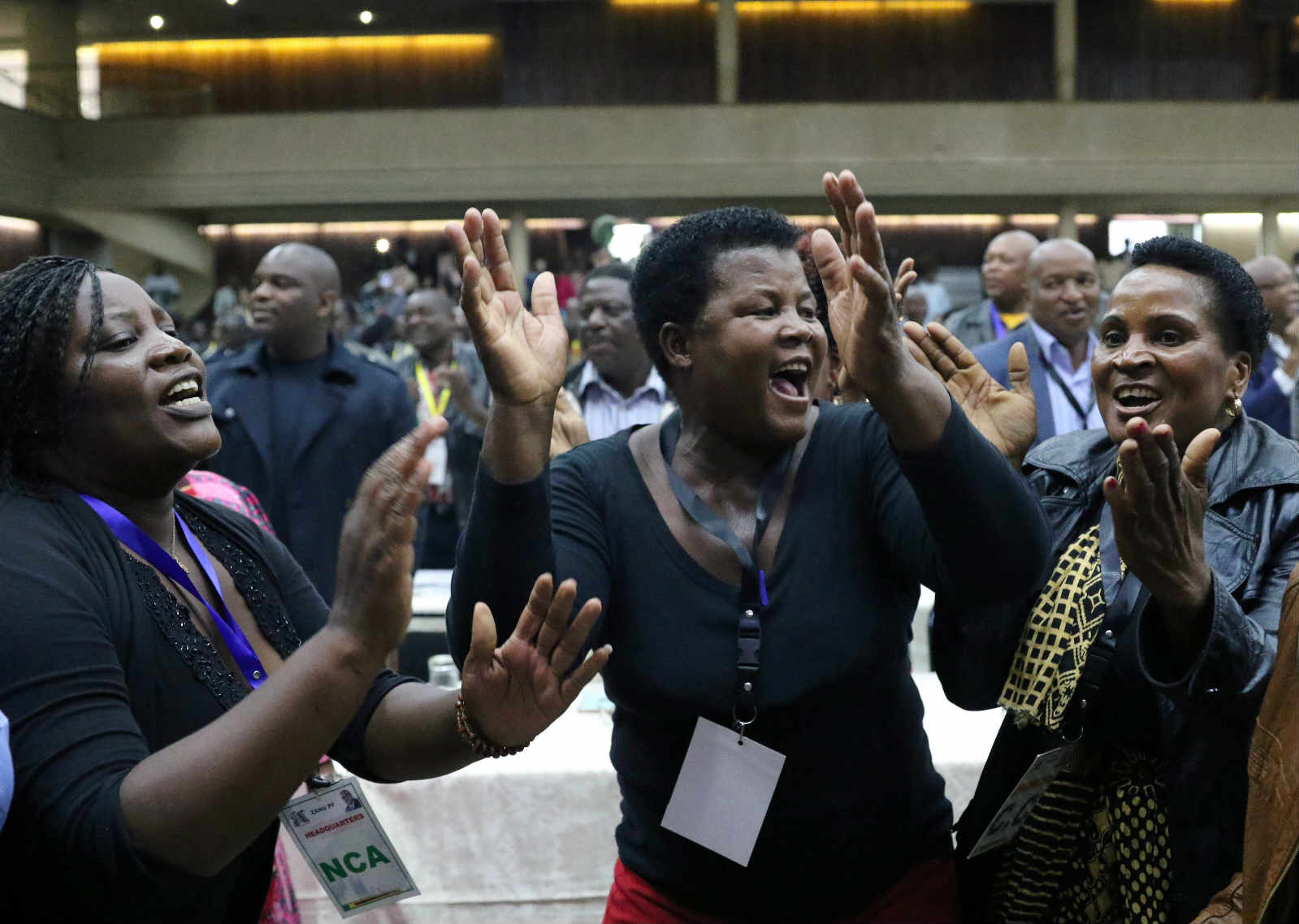 Zimbabwe's ruling party Central Committee says RG Mugabe should resign as president and head of state of government by noon tomorrow, or the chief whip will be ordered to institute proceedings to recall him.

Grace Mugabe was accused of "preaching hate, divisiveness and assuming roles and powers not delegated to the office" and was removed as head of the women's league.

Zanu-PF Central Committee’s meeting is to be continuing. But Zanu-PF youth league reciting Mnangagwa slogan at their headquarters reportedly began to celebrate.

Meanwhile, Mugabe is still in a meeting with the army commander who put him under house arrest, in a second round of negotiations on his departure as president after nearly four decades.

The Central Committee is the highest decision making body in Zanu PF.