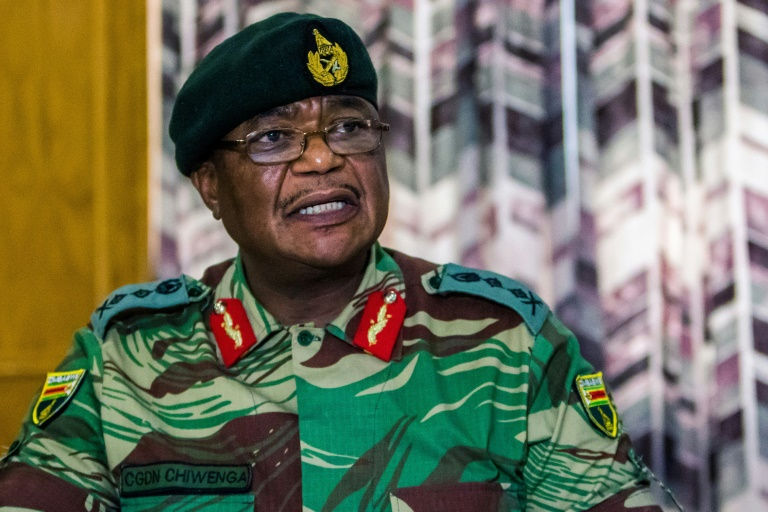 Zimbabwe's military was in control of the country on Wednesday as President Robert Mugabe said he was under house arrest, although generals denied staging a coup.

Mugabe's decades-long grip on power appeared to be fading as military vehicles blocked roads outside the parliament in Harare and senior soldiers delivered a late-night television address to the nation.

"The president... and his family are safe and sound and their security is guaranteed," Major General Sibusiso Moyo said, slowly reading out a statement.

"We are only targeting criminals around him who are committing crimes... As soon as we have accomplished our mission we expect that the situation will return to normalcy."

Moyo added: "This is not a military takeover of government".

But the African Union, in a strongly-worded statement, said the crisis "seems like a coup" and called on the military to immediately halt their actions and respect the constitution.

Alpha Conde, who is also Guinea's president, said the AU condemned the actions of top brass in the southern African nation as "clearly soldiers trying to take power by force".

The generals' actions pose a major challenge to 93-year-old Mugabe, who has ruled Zimbabwe since independence from Britain in 1980.

In neighbouring South Africa, President Jacob Zuma, one of Mugabe's closest allies, said he had spoken to the veteran leader by telephone.

"(Mugabe) indicated that he was confined to his home but said that he was fine," the South African government said in a statement.

It urged calm and restraint -- an appeal that was echoed by the African Union, the European Union and Britain, Zimbabwe's former colonial master.

Tensions between Mugabe and the military establishment, which has long helped prop-up his authoritarian rule, erupted publicly in recent weeks.

Mnangagwa's dismissal had left Mugabe's wife Grace, 52, in prime position to succeed her husband as the next president -- a succession strongly opposed by senior ranks in the military.

As the situation deteriorated late on Tuesday night, prolonged gunfire was heard near Mugabe's private residence.

On Wednesday, state television played liberation struggle songs, while many citizens in Harare shopped at markets, drove to work or queued outside banks despite the turmoil.

"We needed change in this country, our situation has been pathetic. The economy has been in the doldrums for a very long time," housewife Keresenzia Moyo, 65, told AFP in Harare.

"What is good is that this has happened at the top and it is not affecting us people on the ground. People could be killing each other."

The US embassy warned its citizens in the country to "shelter in place" due to "ongoing political uncertainty".

South Africa urged Zimbabwe to resist any "unconstitutional changes" of government, and said it was sending envoys to Harare on behalf of the SADC bloc of southern African nations to help resolve the impasse.

President Mugabe and Grace have made no public comment and their exact whereabouts are unknown, while government and army spokesmen were not available to comment. 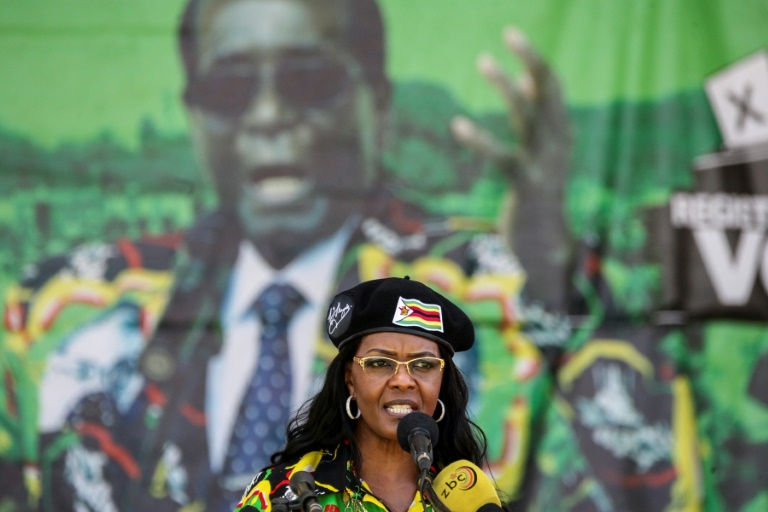 Grace Mugabe has become increasingly active in public life in what many say was a process to help her eventually take the top job. Photo: AFP

"The government's silence on the military deployments seem to confirm that President Mugabe has lost control of the situation," Robert Besseling, of the London-based EXX Africa risk consultancy, said.

Mugabe is the world's oldest head of state, but his poor health has fuelled a bitter succession battle as potential replacements jockey for position.

In speeches this year, Mugabe has often slurred his words, mumbled and paused for long periods.

His lengthy rule has been marked by brutal repression of dissent, mass emigration, vote-rigging and economic collapse since land reforms in 2000.

Speculation has been rife in Harare that Mugabe had sought to remove army chief Chiwenga, who is seen as an ally of ousted Mnangagwa.

Mnangagwa, 75, was previously one of Mugabe's most loyal lieutenants, having worked alongside him for decades.

Earlier this year Zimbabwe was gripped by a bizarre spat between Grace and Mnangagwa that included an alleged ice-cream poisoning incident that laid bare the pair's rivalry.

Grace Mugabe -- 41 years younger than her husband -- has become increasingly active in public life in what many say was a process to help her eventually take the top job.

She was granted diplomatic immunity in South Africa in August after she allegedly assaulted a model at an expensive Johannesburg hotel where the couple's two sons were staying.

As the economy began to fail after the year 2000, Zimbabwe was engulfed by hyperinflation and was forced to abandon its own currency in 2009 in favour of the US dollar.

The country, which has an unemployment rate of over 90 percent, is due to hold elections next year with Mugabe pledging to stand for office again.