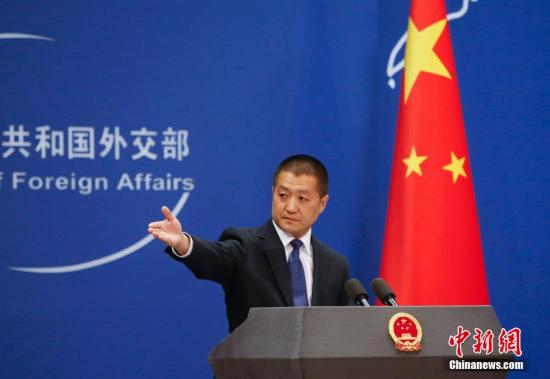 Beijing (People's Daily)-China urges relevant parties in Myanmar to properly handle disputes and enhance mutual trust through dialogue and efforts to promote a peace process in the country, said a Chinese Foreign Ministry spokesman on Monday.

Kachin Independence Army and Ta'ang National Liberation Army jointly launched an attack against Myanmar’s military in a northern town on Saturday, which is close to the China-Myanmar border, reports said.

The conflict has caused the death of two Chinese people living in Myanmar and more than 300 people from Myanmar fled to Chinese territory, said Foreign Ministry spokesman Lu Kang on Monday at a regular press briefing. China has resettled all the refugees for humanitarian reasons.

The continuous and escalating conflicts in northern Myanmar harmed the stability of China-Myanmar border and ran counter to the country’s concerned parties’ efforts to promote national reconciliation and the Myanmar peace process, Lu said.

He added that China has lodged a solemn representation to Myanmar, asking the parties in the conflicts to reach an immediate ceasefire, resume stability on the China-Myanmar border as soon as possible and put an end to incidents harming border stability.

According to a release from the office of the Commander-in-Chief of Defense Service of Myanmar, 19 people including a police captain were killed.