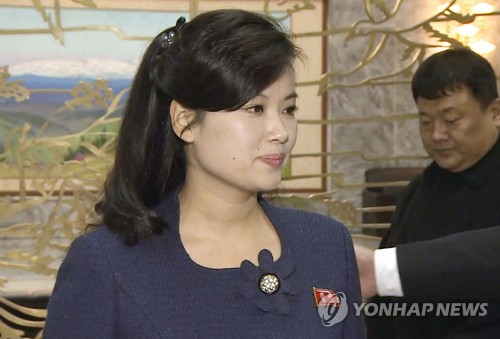 North Korea has cancelled plans to send a delegation headed by the leader of an all-female band to the South this weekend to prepare cultural performances during the Olympics, Seoul's Yonhap news agency said Friday.

Hyon Song-wol would have been the first North Korean official to visit the South in four years, if Saturday's trip had gone ahead.

But Pyongyang told Seoul it had suspended the plan to send a seven-member advance team to inspect venues for proposed art performances in Seoul and the eastern city of Gangneung in connection with the Pyeongchang Games, Yonhap reported, citing the South's Unification Ministry.

No reason was given for the change of plan, the ministry said, and it was not immediately clear whether the visit was permanently cancelled or postponed.

The nuclear-armed North agreed last week to participate in the Olympics, which will take place just 80 kilometers south of the Demilitarized Zone (DMZ) that divides the peninsula, easing tensions over its banned weapons programs.

The two countries also agreed that the South would host two performances by the Samjiyon Orchestra, the first of their kind since 2002, when Pyongyang sent a cohort of 30 singers and dancers to Seoul for a joint pro-unification event.

The Unification Ministry said the North identified Hyon, who leads the popular Moranbong band, as the head of the less well-known orchestra, which will make up much of the 140-member art troupe from the North.

The last senior visit by North Korean officials was in 2014, aside from talks on the southern side of the DMZ.

Pyongyang had then sent three high-ranking officials to encourage North Korean athletes attending the Asian Games in Incheon, although they did not meet any members of the government.