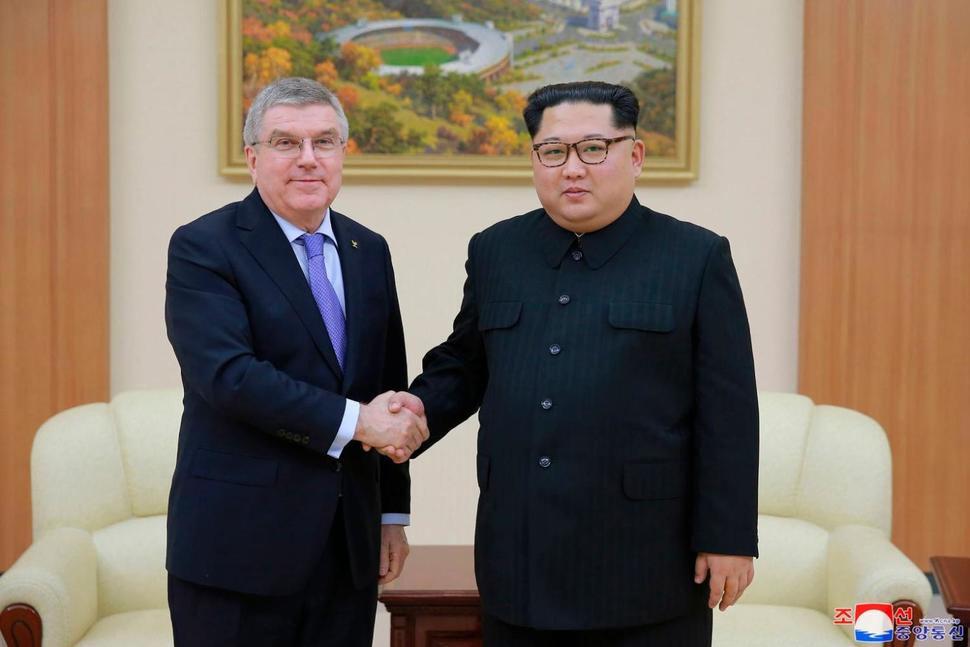 Bach traveled to Pyongyang Thursday and had a “fruitful” meeting with the country’s leader, Kim Jong-un, Friday.

The IOC has been confirmed that the country is committed to its athletes competing at the Olympic Games Tokyo 2020 and the Olympic Winter Games Beijing 2022, according to a press release by IOC sent to media on Saturday.

Bach appreciated North Korea’s participation in the PyeongChang Winter Olymics last month in South Korea according to the press release.

Athletes from the Koreas marched together under a unified flag at the opening ceremony of the  Games in February, which Bach told Kim sent a “strong message of peace”.

“We will continue to help this political dialogue through sport, by helping athletes prepare for and compete in future editions of the Olympic Games,” Bach added.

Kim praised Bach and the IOC for their role in mediating and bringing about an agreement for his country’s DPRK’s participation in the Winter Olympics, said the press release.