HEADLINE NDRC officials: the keyword of Chinese economy is stability

NDRC officials: the keyword of Chinese economy is stability 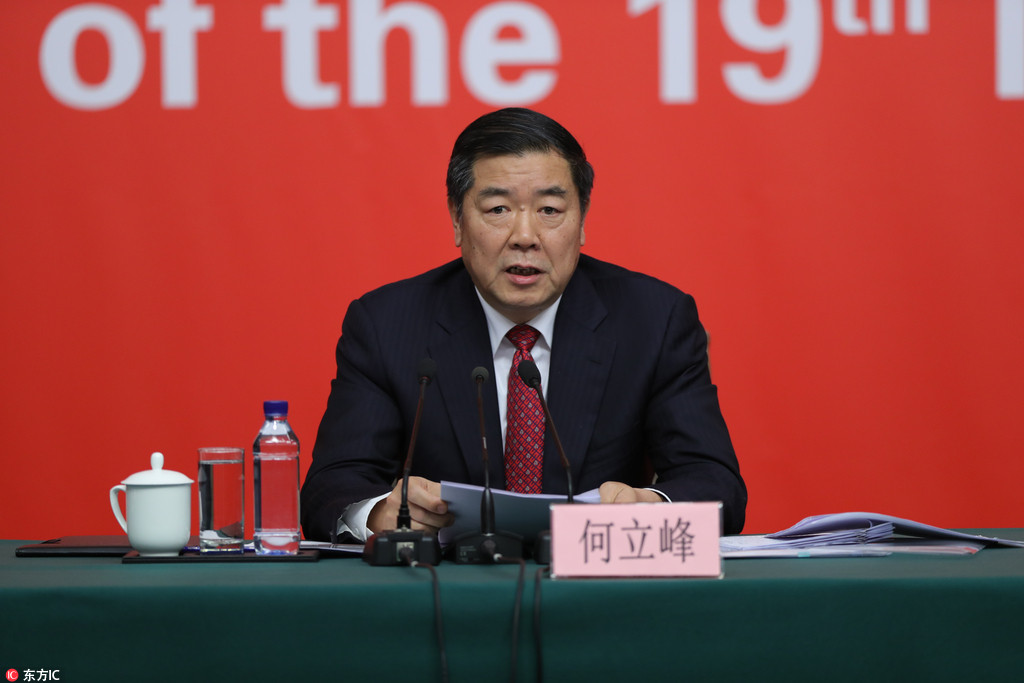 He Lifeng, chairman of the NDRC at the press conference. (Photo/DFIC)

On October 21, a press conference is held at the press center of the 19th Communist Party of China (CPC) National Congress in Beijing. Officials of the National Development and Reform Commission (NDRC) have briefed on China's sound, healthy and sustainable economic growth under the guidance of new development philosophy. He Lifeng, secretary of the CPC Leading Group and chairman of the NDRC, said that progress has been achieved and stability ensured in the Chinese economy, contributing over 30 percent to global economic growth. The Chinese economy enjoys a stable and sound growth which can be seen in its economic indicators, prices, employment and poverty reduction. The Chinese economy has grown by 7.2 percent annually on average from 2012 to 2016. Over the past five years, it has increased more than 20 trillion RMB. This year may see the economic growth of over six trillion RMB, which equals to the economic aggregate of a moderately developed country in a year. Moreover, commodity prices remain stable, making people have a stronger sense of gain. He added, more than 13 million new jobs have been increased from 2013 to 2016. As of September, China has created over 10.97 million new jobs. It is expected that the goal of 13 million new jobs can be realized by the end of 2017. In addition, notable progress has been made in poverty reduction. Over more than 10 million people is lifted out of poverty every year. The impoverishment rate will drop below 4 percent by the end of this year.