HEADLINE Netanyahu confidant agrees to testify against him: reports

Netanyahu confidant agrees to testify against him: reports 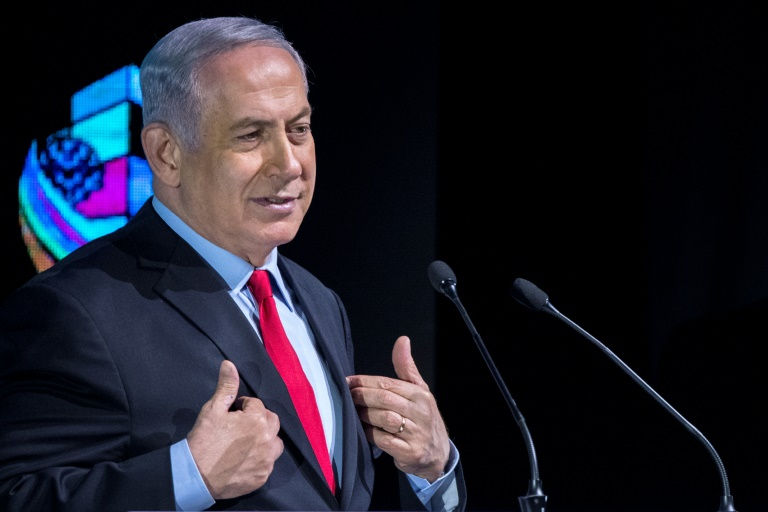 Israeli Prime Minister Benjamin Netanyahu criticises the police investigation that led detectives to recommend his indictment for corruption, during a speech in Tel Aviv on February 14, 2018.AFP/File / JACK GUEZ

One of Israeli Prime Minister Benjamin Netanyahu's closest confidants has agreed to testify against him in a graft probe, Israeli media reported Wednesday, in a fresh threat to his long tenure in power.

Two new corruption investigations announced this week, hot on the heels of a police recommendation that Netanyahu face charges in two other cases, have fuelled growing speculation he could be forced to step down or call an early election.

Shlomo Filber, a Netanyahu ally for more than 20 years and former director general of the communications ministry, is expected to agree to turn state witness in exchange for avoiding jail, according to reports across the Israeli press.

Police did not confirm any deal.

Filber was arrested on Sunday in connection with allegations that Shaul Elovitch, the controlling shareholder of Israeli telecommunications giant Bezeq, gave Netanyahu positive coverage on his Walla! news site in exchange for policies benefiting the business.

Filber is suspected of mediating between Netanyahu and Elovitch and promoting regulatory changes worth millions to Bezeq.

The prime minister himself has not been named as a suspect in the investigation.

In another case announced this week, two Netanyahu allies are alleged to have offered a judge promotion in exchange for dropping a case against the premier's wife.

The two men have been identified as Nir Hefetz and Eli Kamir, both former media advisers for the Netanyahu family.

Their alleged offer was to Hila Gerstel, a judge involved in a graft probe into Sara Netanyahu over alleged misuse of public funds.

Additionally last week police said there were grounds to indict the prime minister himself in two other cases for bribery, fraud and breach of public trust. 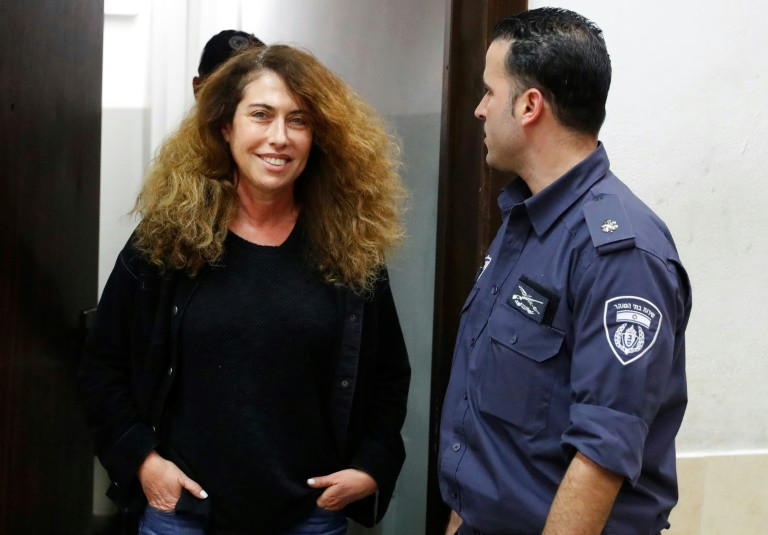 Netanyahu, 68, has rejected all the allegations, and released a new video on his Facebook page late Tuesday strongly denying any wrongdoing.

He is due to address American Jewish leaders in Jerusalem later on Wednesday.

While Netanyahu's coalition partners have so far said they will stand by him, they have remained largely silent since Sunday.

His right-wing Likud party, the largest in parliament, still remains supportive, but the opposition has repeatedly called for him to step aside.

"If Shlomo (Momo) Filber indeed signed a state's witness agreement last night, it is the end of an era," Ben Caspit wrote in the Maariv newspaper Wednesday, calling him Netanyahu's "closest and most intimate covert operations officer".

"Always in the shadows, always loyal, efficient, secretive and ideological, Bibi (Netanyahu) knew that he could count on Momo. Until yesterday," said Caspit, the author of a recent book on the prime minister.

In his Facebook video Tuesday night, Netanyahu again accused the media and police of a witch-hunt.

Quoting a biblical phrase referring to the ancient Egyptians' treatment of the Jews, he said "the more they were oppressed, the more they multiplied and spread."

Filber is seen as one of the architects of Netanyahu's surprise 2015 election victory, after which he was appointed to head the communications ministry.

Israelis take part in a "March of Shame" against alleged corruption in Prime Minister Benjamin Netanyahu's government in Tel Aviv on December 23, 2017

The next election is not due until the end of 2019 but Israeli media speculated Netanyahu might call go the polls before the end of this year.

Under the headline "The smell of elections", the pro-Netanyahu newspaper Israel Hayom published a poll suggesting he might even increase his support in parliament despite the allegations hanging over him.

His Likud party currently holds 30 seats in the 120-seat parliament, but that could rise to 34 if an election were called today, according to the poll.