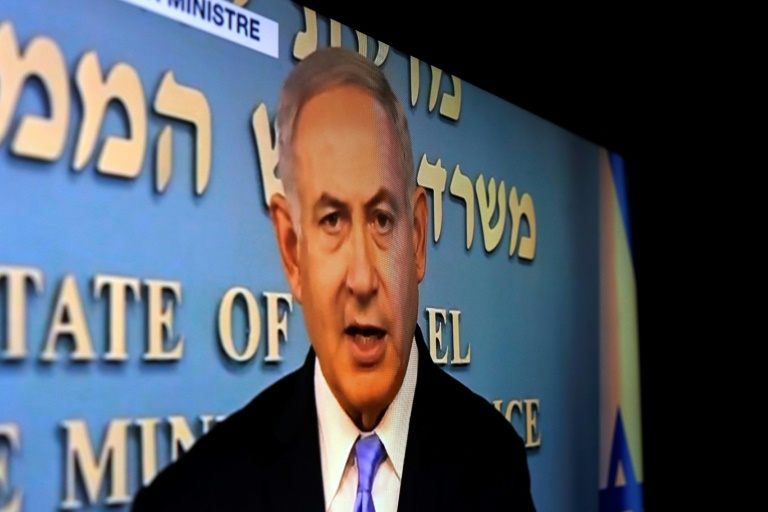 Israeli Prime Minister Benjamin Netanyahu delivers a televised speech on May 8, 2018 after US President Donald Trump announced his decision to withdraw from the Iranian nuclear deal (Photo: AFP)

Israeli Prime Minister Benjamin Netanyahu headed to Moscow on Wednesday for talks with Russian President Vladimir Putin, hours after US President Donald Trump announced he would pull out of the Iran nuclear deal.

Netanyahu and Putin have held a series of meetings and phone conversations in recent months, mainly over Syria and the involvement there of Israel's arch-rival Iran.

"The meetings between us are always important and this one is especially so," Netanyahu said before departing.

"In light of what is currently happening in Syria, it is necessary to ensure the continued coordination between the Russian military and (that of Israel)."

Russia's foreign ministry said it was "deeply disappointed" by Trump's announcement on Tuesday that the United States would pull out of the Iran deal, while Netanyahu strongly supported the US president's "bold" move.

Netanyahu has long opposed the nuclear deal between world powers and Tehran.

Russia and Israel have set up a hotline to avoid accidental clashes in Syria.

Netanyahu has vowed not to allow Iran to entrench itself militarily in neighbouring Syria, where Israel has been repeatedly accused of carrying out deadly strikes, with reports of Iranian forces killed.

Israel has not acknowledged those strikes, but admits carrying out dozens of raids in Syria to stop what it says are deliveries of advanced arms to the Iran-backed Hezbollah militia, another of its enemies.

There have been fears in Israel of Iranian retaliation.

Just prior to Trump's speech on Tuesday, the Israeli army asked authorities in the occupied Golan Heights to open and prepare missile shelters due to "irregular activity by Iranian forces" over the demarcation line in Syria.