HEADLINE Never again: Students across US walk out of class to protest gun violence

Never again: Students across US walk out of class to protest gun violence 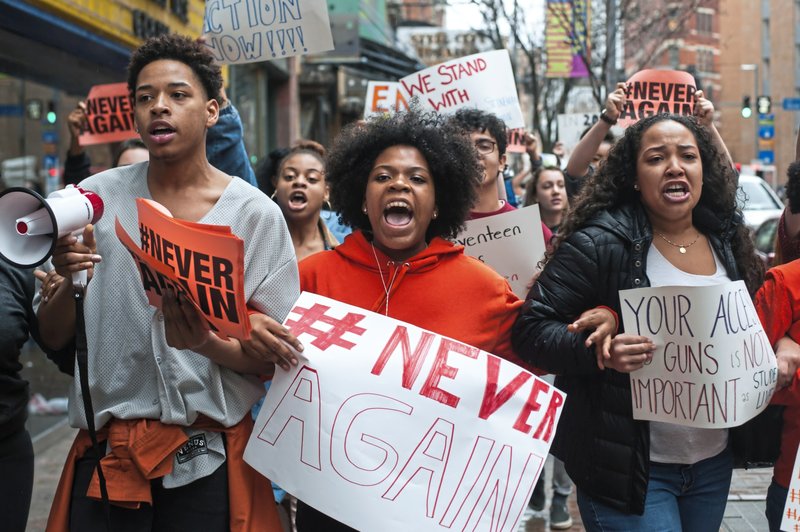 In a wave of demonstrations reaching from Arizona to Maine, students at dozens of US high schools walked out of class Wednesday to protest gun violence and honor the victims of last week's deadly shooting in Florida.

The protests spread from school to school as students shared plans for their demonstrations over social media. Many lasted 17 minutes in honor of the 17 people killed at Marjory Stoneman Douglas High School in Parkland.

Hundreds of students from Maryland schools left class to rally at the US Capitol. Hundreds more filed out of their schools in cities from Chicago to Pittsburgh to Austin, Texas, often at the lunch hour. Thousands walked out in Florida. 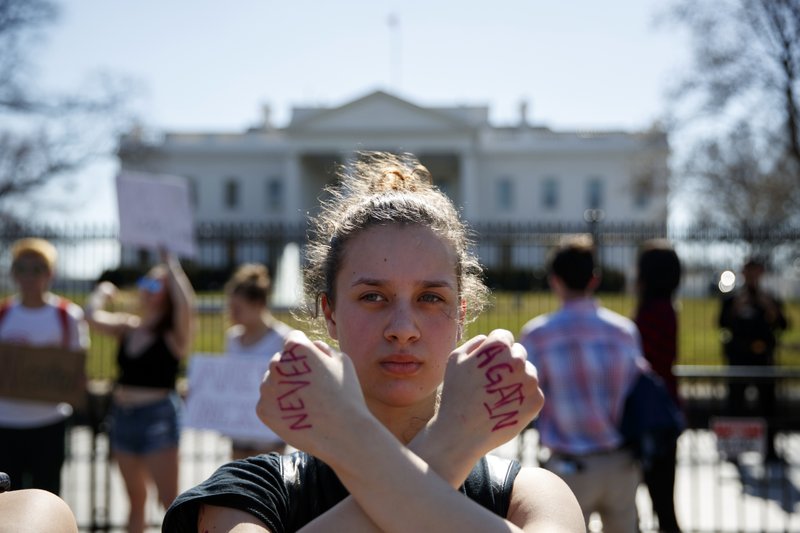 Gwendolyn Frantz, 17, of Kensington, Md., stands in front of the White House during a student protest for gun control, Wednesday, Feb. 21, 2018, in Washington. (AP Photo/Evan Vucci)

At the protest in Washington, students held a moment of silence in memory of those killed in Parkland and listened as the names of the dead were recited. Daniel Gelillo, a senior at Richard Montgomery High in Rockville, Maryland, helped organize the protest and said students aimed to pressure lawmakers to act on gun control.

Up until now, he said, nothing has quite fazed them.

"The Orlando shooting, Las Vegas and now Parkland," he said. "Something has to happen. Innocent people are dying because of the easy access to firearms in this country.”

At Dublin Scioto High School near Columbus, Ohio, about 200 students sat outside in silence for 17 minutes and wrote notes of support that will be mailed to survivors of the Florida shooting. Afterward, they gathered in a circle to discuss how they could push for stronger gun control.

"No child should have to go to school and be scared for their life,” said Daviyana Warren, a 15-year-old sophomore at the school who walked out. "It hits close to home because it's happening to us.”

While some groups have worked to organize national demonstrations in the coming weeks, students say gatherings Wednesday were mostly impromptu and organized out of a sense of urgency to find solutions to gun violence. 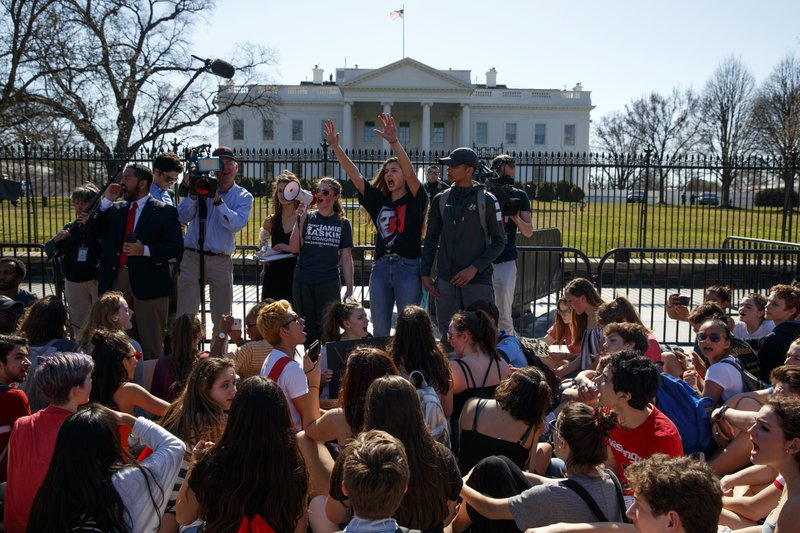 Many of the protests were accompanied by chants of “Never again,” which has been a rallying cry since the Florida shooting.

"These gun deaths are happening like every day, and we’re not doing anything to change it. It's ridiculous,” said Rebecca Parch, a student who organized a walkout at Lakewood High School, near Cleveland. “It’s just too many lives lost, and I think that teenagers are just done with it now.”

Students at her school and others called for limits on AR-15 rifles, the weapon authorities say 19-year-old Nikolas Cruz legally bought and used in the Florida attack. Teens at some schools called for a ban on the AR-15 and similar rifles among civilians, saying they should be reserved for military use.

Principals at some schools allowed the protests and promised not to punish students for leaving class. Parch said the administration at her school vowed to join students in similar demonstrations in the future. But some districts threatened to discipline those who joined the wave of walkouts. 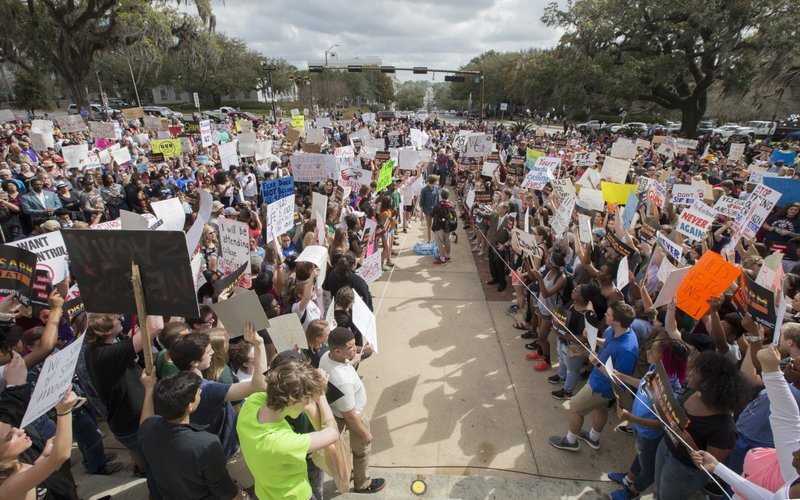 Superintendent Curtis Rhodes, of Texas' Needville Independent School District, said students who left class would be suspended for three days, even with permission from their parents.

"Life is all about choices and every choice has a consequence whether it be positive or negative,” Rhodes wrote in a letter to families and on social media. "We will discipline no matter if it is one, fifty or five hundred students involved.”

Similar walkouts already are being planned, including on March 14, one month after the Florida shooting, and on April 20, the anniversary of the Columbine High School massacre in Colorado.

While some students said their opinions have been belittled because they’re still teenagers, they counter that they’ll soon be voters and shouldn't be taken lightly. Some said they’re taking a stand because lawmakers haven't.

“They send out their thoughts and their prayers, and we appreciate that, but that's enough,” said Warren, of Dublin Scioto. “We need change.”

The Florida high school shooter's lawyer has said he is sad, mournful and remorseful and has called him "a broken human being.”

Student survivors from Marjory Stoneman Douglas High School, where more than a dozen students and faculty were killed in a mass shooting on Wednesday, walk past the house legislative committee room, to talk to legislators at the state Capitol, regarding gun control legislation, in Tallahassee, Fla., Wednesday, Feb. 21, 2018. (AP Photo/Gerald Herbert)