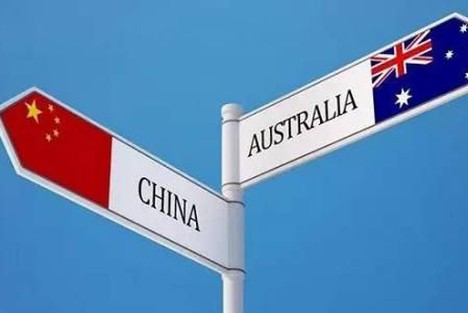 Canberra (People's Daily) - An anti-China book that claims "China permeates Australia" was published this week in Australia. The book, Silent Invasion: How China Is Turning Australia into a Puppet State, is written by Clive Hamilton, professor of public ethics at Charles Sturt University. In it, he alleges that a systematic Chinese government campaign of espionage and influence peddling is leading to "the erosion of Australian sovereignty."

But the book was a damp squib when it was published. Australian business, academic and media outlets have been vocal in their criticism of the book, which is based on malicious speculation, accusing the author of poisoning the relationship between Australia and China for the sake of fame.

A spokesman for the Chinese Embassy in Australia told the People's Daily that Hamilton has been peddling the so-called "China threat" for some time, and has made a lot of efforts to discredit China. The book's arguments are rife with rumors and racism, fully exposing the ugly face of anti-Chinese bigotry. His evil intentions will not succeed.

In a commentary in the Sydney Morning Herald, former Australian prime minister Paul Keating said that regarding Hamilton, it is as if the rise of China hasn't happened; as if we should view a quarter of humanity with an economy as large as the US and Australia's biggest trading partner as somehow illegitimate.

Keating wrote, "When any number of us, Kevin Rudd, Bob Carr, me, argue that because of its scale, Australia must have a policy towards China, both strategic and economic - a policy which suits Australia and not necessarily that of the US - Hamilton labels such views as 'a cancer'."

Hamilton conveys a message which must be challenged, namely the insinuation that any person who engages with the Communist Party of China should be viewed with suspicion or as belonging to a fifth column. Stephen FitzGerald, the first Australian ambassador to China and chairman of China Matters, co-wrote in an article in the Sydney Morning Herald with Linda Jakobson, CEO and founding director of China Matters, that it is undeniable that the rise of China affects everybody. To ignore it would simply not be facing reality.

James Laurenceson, professor of the University of Technology Sydney, told the Australian Financial Review that anti-China zealotry in Australia comes at a cost, if it stops collaborative university research.

The new book says Australia is in danger of becoming a Chinese puppet state, and Hamilton "would have our universities abandon joint research with China in artificial intelligence and other areas, such as supercomputing. That's right, abandon research collaboration with China in the very areas the US has so enthusiastically embraced," wrote Laurenceson. "This is the world that some zealots would have us live in: one where the Americans, Brits, Canadians and others all benefiting from engagement with China, the new technology powerhouse. But not Australians."

"Hamilton treats us as mugs and children," the Australian political columnist Graham Richardson wrote for The Australian on Wednesday. The book says, "China is using fake history to position itself to make a future claim over Australia," but Australians can detect hysterical nonsense better than most, wrote Richardson.

He concludes, "The good ship Australia should shove Hamilton out the back with the other irritating flotsam and jetsam which pollutes our thinking."