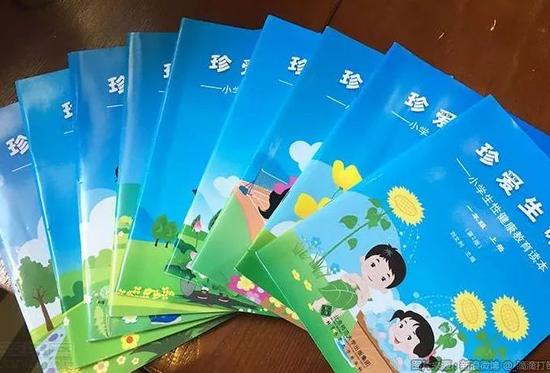 Many Chinese feel ashamed to talk about sex. So, when their kids ask, “Where do I come from?” many parents can only answer with obscure words.

However, these days a new set of textbooks for primary students can help reduce the embarrassment.

Following the spirit of UNESCO's “International Technical Guidance on Sexual Education,” the set of textbooks are now gaining more popularity in China, even though they were considered by many as too straightforward when first released.

The reasons behind the books gain in popularity can be attributed to their positive moral guidance.

For instance, in the first book, for the sixth-graders, a unit was especially designed to introduce “gender and rights.” Various types of sexual orientation are introduced. Primary school students can know from the book that more than one type of sexual orientation exists around us: Homosexuality and bisexuality are not pathological, but normal phenomenon.

No discriminations against homosexuals and a guarantee of their rights and interests are basic principles of the modern society. As the textbook says, “Everyone is unique in looks, skin color, height, weight, personality, ethnicity or nationality. Sexual orientation is also one of these things.”

Eliminating prejudices and understanding differences should become a value of society. We can learn from this sex education book. To a large extent, acceptance of homosexuality manifests inclusiveness and tolerance in sexual awareness and sexual orientation.

From the relationship between the hero Achilles and his companion in Homer’s Iliad to the warm praise of same-sex beauty in Thomas Mann’s Death in Venice, many literary and artistic works touch upon the theme of homosexuality while exploring the human soul. More people see that love, the human’s most precious feeling, can transcend gender boundaries.

However, it cannot be ignored that both homosexuality and heterosexuality should be guided by law. The bottom line should be strictly kept. Illegal content such as pornography and bloody violence should never be involved. Nor should homosexuality, bloody scenes and pornography become stunts to mislead teenagers.

This set of textbooks triggered heated debate when first released in 2013. Actually children's sexual education is important and necessary. This is also true for the whole society. Sexuality is nothing to be ashamed of, nor is love.

It's hoped that more people can break prejudices, eliminate misunderstandings, tolerate others and stay true to themselves.