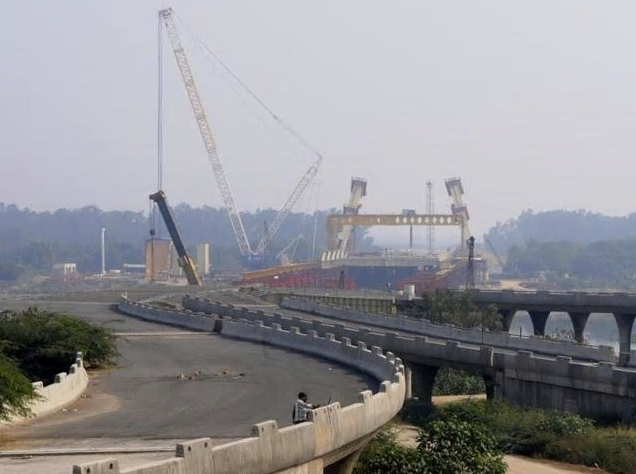 New Delhi (People’s Daily) – India’s National Green Tribunal (NGT) halted construction on Signature Bridge citing pollution violations on November 27.  The delay marks the fifth time the project has been forced to stop since it was first approved by the Delhi Cabinet in 2007.

Once completed, it will be India’s first asymmetric cable-stayedbridge, at 675 meters in length and 35.2 meters wide.

Hindustan Times has reported that past funding issues have also contributed to the project’s slow progress.

Once completed, the bridge is expected to reduce travel times by thirty minutes for commuters headed to Ghaziabad and surrounding areas.

For the second phase of Signature Bridge, the government will use it to promote tourism and local businesses.