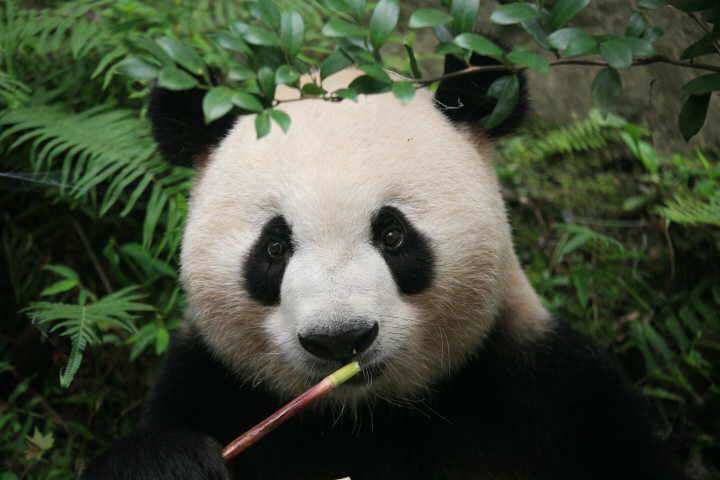 Beijing (People’s Daily)- With its unique black and white fur and gentle demeanor, the giant panda is an iconic symbol of China. Over the years, the question many have tried to answer has to do with why these adorable creatures, with their sharp saber teeth, prefer to eat bamboo.

A recent study found how the giant panda lives on hemicelluloses rather than cellulose.

Research scientists with the Chengdu Research Base for Giant Panda Breeding in Southwest China found that eating bamboo was a fitting diet due to nature's rough conditions. 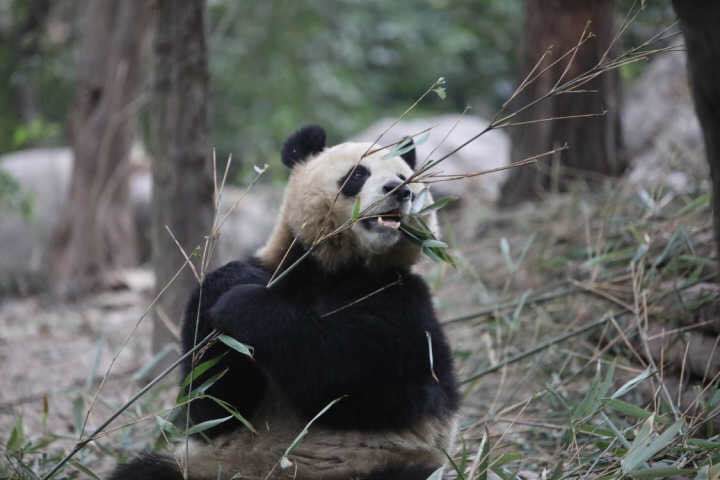 There is a very good explanation as to why bamboo has a ubiquitouspresence at panda habitats. Compared with other regional xylophyta, bamboo is high in starch. Starch levels vary within each piece of bamboo and fluctuate according to the seasons, but the cute animals instinctively know how to get the most out of each bite.

After close analysis of panda feces, it was discovered that flora bacteria inside the intestine played an insignificant role in digesting cellulose.

Pandas do not receive the necessary amount of nutrients from cellulose. Research later found that pandas get their energy from starch, hemicelluloses, and bamboo.

Bamboo shoots sprout only twice a year and coincide with panda mating season. Rich in starch and hemicelluloses, it provides the necessary protein and nutrients required for successful breeding.

During the winter months, their main source of food comes from bamboo stems, which is at its highest in starch during this period.

The Chengdu Research Base of Giant Panda Breeding is the largest panda breeding facility in the world. 214 panda cubs have been born here since the1980s.