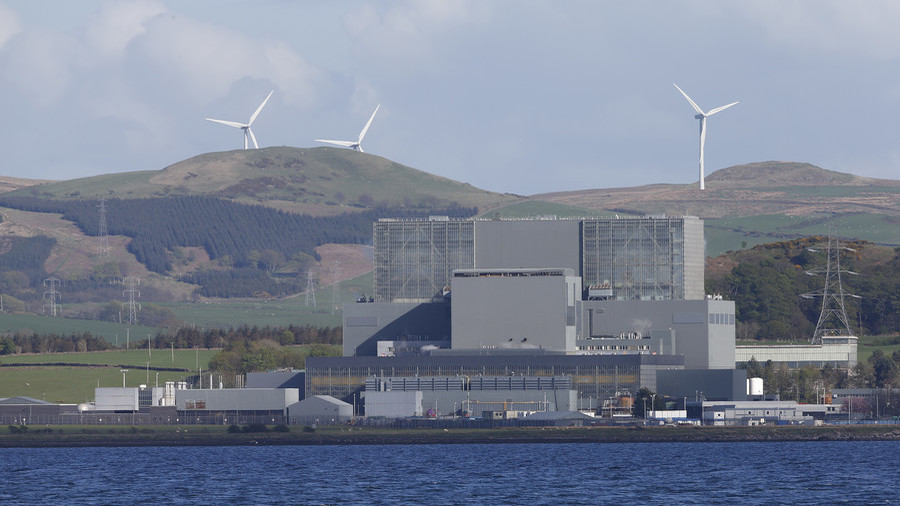 One of the nuclear reactors at the Hunterston B nuclear power plant in Scotland could remain offline until the end of the year, after fresh cracks expanding at a higher rate were discovered in the graphite blocks forming its core.

Reactor 3 at the aging Hunterston B nuclear power station on the West coast of Scotland was initially taken offline on March 9 for a routine inspection, during which the Office for Nuclear Regulation (ONR) found new “keyway root cracks” in the reactor core. On Wednesday, operator EDF Energy announced that the reactor could remain offline for months until the problem is fixed.

“The inspections confirmed the expected presence of new keyway root cracks in the reactor core and also identified these happening at a slightly higher rate than modeled,” EDF Energy said. “While Hunterston B Reactor 3 could return to operation from the current outage, it will remain offline” until the company addresses safety concerns.

“We expect the unit to return to service before the end of 2018,” the operator said, adding that, while other reactors at the station were not affected, it expects the power output to drop by 3TWh until the problem is fixed.

The UK's nuclear watchdog welcomed the operator's decision to delay the restart of the reactor "pending further assessment of the significance of the most recently identified keyway root cracks."

Hunterston B, which was designed to operate until 2011, began experiencing the aging effects shortly after the initial lifespan of the Ayrshire plant expired. In October 2014, cracks were discovered in the core of Reactor 4. Back then, EDF Energy brushed the safety concerns aside, noting that cracking had been predicted due to the aging process of the station.

Despite concerns, the operator reassured the public that the fractures would not affect the safe operation of the reactor. EDF Energy, which is majority-owned by the French government, continues to say so today.

“We have been working over many years to fully understand and prepare for these late-life changes to the reactor core and regular inspections at all our plants have provided a clear understanding of how the reactor cores age,” the company said Wednesday, adding that over £100 million was spent on the graphite research program to ensure proper maintenance of nuclear reactors.

Despite reassurances from EDF Energy, politicians in Edinburgh are wary of a potential public risk from a power plant that was designed to last only 30 years, until 2011. In 2007 planned operation was extended by five years to 2016. In December 2012 EDF said Hunterston B power plant could operate until 2023.