SHIJIAZHUANG, March 10 -- A new Fuxing (Rejuvenation) bullet train with 16 carriages is being tested in Beijing, its manufacturer said Saturday.

With a designed speed of 350 kilometers per hour, the new train measures 415 meters and has 16 carriages, twice as many as current ones, according to CRRC Tangshan Co. Ltd. It can carry more than 1,100 passengers. 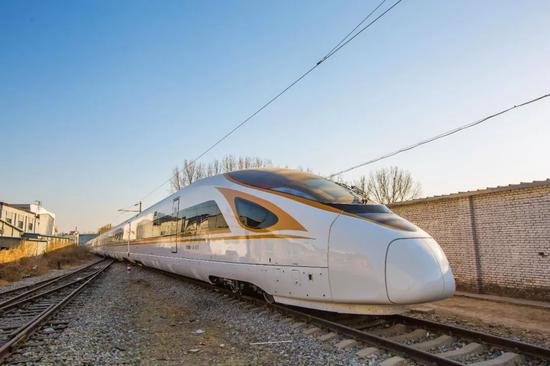 The tests, conducted by a third party, include 28 examinations.

The new train will receive design and manufacturing permits only after passing all tests.

Entirely designed and manufactured in China, the Fuxing train is more spacious and energy-efficient, with longer service life and better reliability.

Over the past decade, high-speed railways have developed rapidly in China. The country currently has the world's longest high-speed rail network, about a third of which has been designed to run at a speed of 350 km per hour. 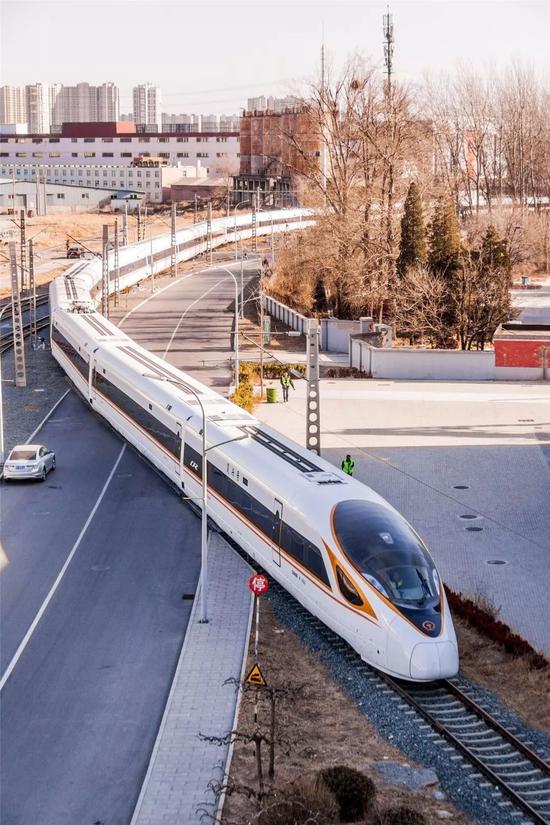