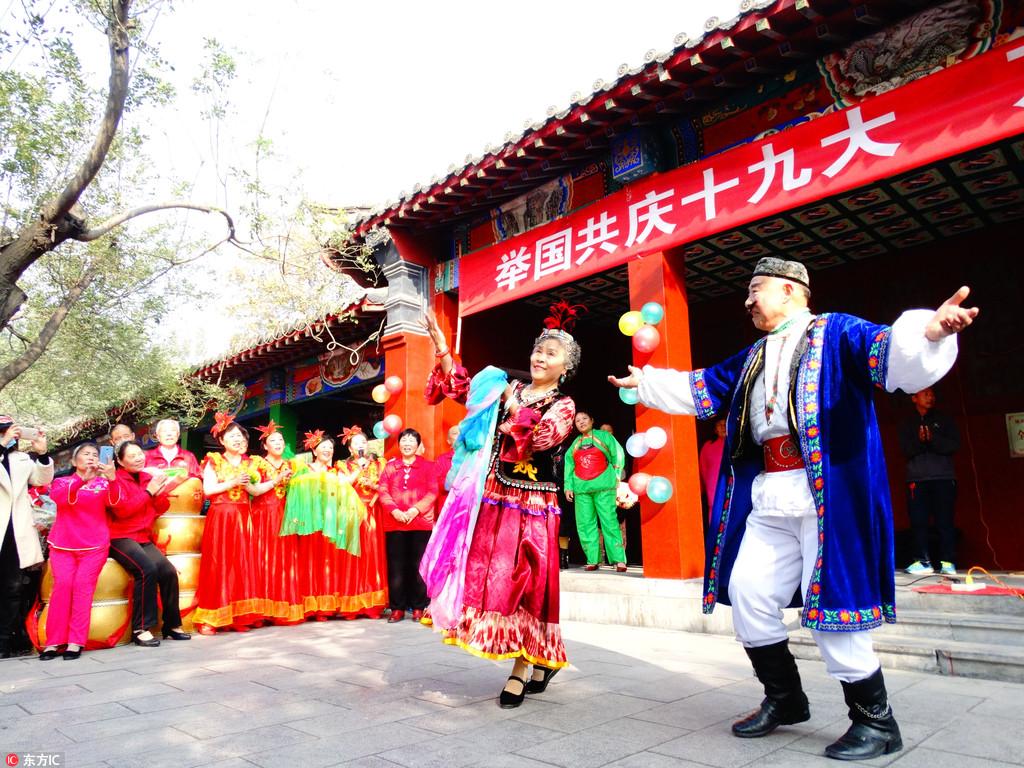 To celebrate the 19th CPC National Congress, an art exhibition themed “From Shikumen to Tian’anmen” is held in Shanghai. Four gates are used to represent the four important historic stages since the founding of the CPC.

It is the sense of mission of the CPC that leads China embark on a new journey.

General Secretary Xi Jinping pointed out in the work report that the original aspiration and the mission of the CPC is to seek happiness for the people and rejuvenation for the nation. This founding aspiration and this mission is what keeps inspiring the Party to advance.

To realize our great dream demands great struggle, great project and great cause. The historic mission of the CPC in a new era interpreted by the “Four Greats” is fully presented in new thought, new journey and new goals of the work report.

Guided by the faith and special missions to the nation and the people, generations of the Party are able to win one victory after another with hard struggles.

The Party believes that the Chinese dream of national rejuvenation must and can be realized.

Over the past 96 years, the Party has never forgotten its founding mission nor wavered in its pursuit.

Just as General Secretary Xi Jinping said, achieving national rejuvenation will be no walk in the park; it will take more than drum beating and gong clanging to get there.

This great struggle, great project, great cause and great dream are closely connected. Among them, the new great project of Party building plays the decisive role. All work to advance this project must go hand in hand.

The Party in a new era must firmly grasp the new mission, always remain ahead of the times, maintain as the backbone of the Chinese nation and the core of a strong leadership.

Today's China is to shoulder the responsibilities to the world, and the mission of our Party is closely connected with the future of the world.

That explains why the world has paid much attention on the 19th CPC National Congress, through which the future of China and the world can be observed.

It is predictable that the guidelines set by the Congress, the aspiration for making great contributions to the world and the historic mission of this generation of the Party will exert profound influence both on China and the world.