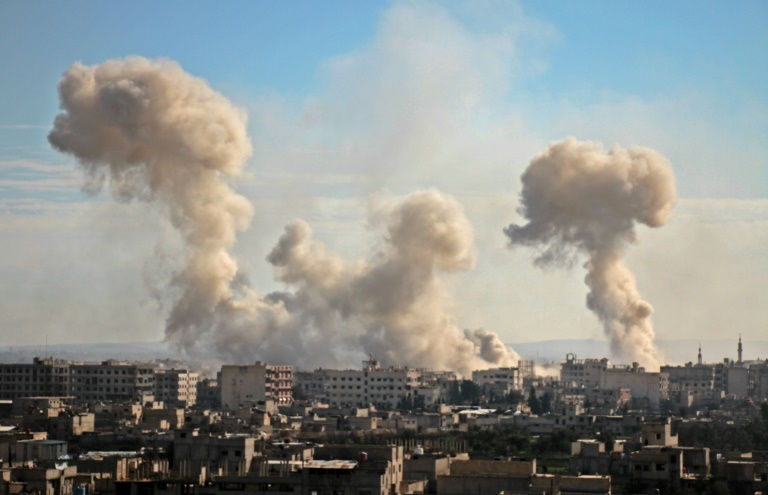 Smoke rises from the Eastern Ghouta town of Mesraba during an intense Syrian army bombardment of the rebel enclave on February 19, 2018.AFP / Hamza Al-Ajweh

Twelve children were among the dead, said the Syrian Observatory for Human Rights, a Britain-based monitor of the war.

At least 127 civilians, among them 39 children, were killed by air strikes or rocket or artillery fire on Monday, the Observatory said.

Held by rebels since 2012, Eastern Ghouta is the last opposition pocket around Damascus and President Bashar al-Assad is keen to retake it with an apparently imminent ground assault.

Al-Watan newspaper, which is close to the government, said on Tuesday that the bombing campaign "comes ahead of a vast operation on Ghouta, which may start on the ground at any moment."

Rebels based in the enclave often fire rockets and mortar rounds into residential neighbourhoods of east Damascus.

On Tuesday, at least two people were killed and 13 wounded by rebel fire on the capital, state television reported.