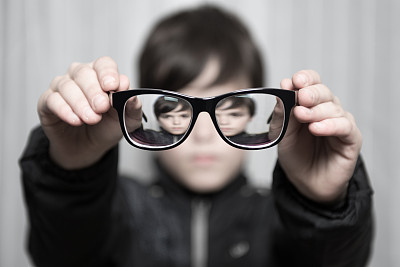 A revolutionary eyedrop invention from a team of Israeli ophthalmologists has been found to heal damaged corneas and improve the vision of pigs. Clinical trials for humans are expected to begin later this year.

The recently patented ‘nanodrops’ developed by a team at Shaare Zedek Medical Center and Bar-Ilan University’s Institute of Nanotechnology and Advanced Materials improved both short-sightedness and long-sightedness in tests on pigs.

If the drops are found to improve human vision when clinical testing begins later this year, the nanoparticle solution could eliminate the need for eyeglasses, according to the Jerusalem Post, citing ophthalmologist Dr. David Smadja, leader of the research team.

Dr. Smadja revealed the breakthrough when speaking at Shaare Zedek’s second biennial research day on Wednesday. Held in the Jerusalem medical center’s Steinberg Auditorium, the conference is attended by some of its 350 physicians and nurses.

Smadja says the new concept could revolutionize ophthalmological and optometry treatment of patients with myopia (nearsightedness), hyperopia (farsightedness) and other refractory conditions, the Jerusalem Post reports.

Prospective patients would use a smartphone app to scan the eyes, measure their refraction, create a laser pattern, and then apply a “laser corneal stamping” of an optical pattern onto the corneal surface of their eyes. While the synthetic nanoparticle solution has been found to correct vision problems, the doctor did not specify exactly how often the drops would have to be applied in order to replace glasses entirely.