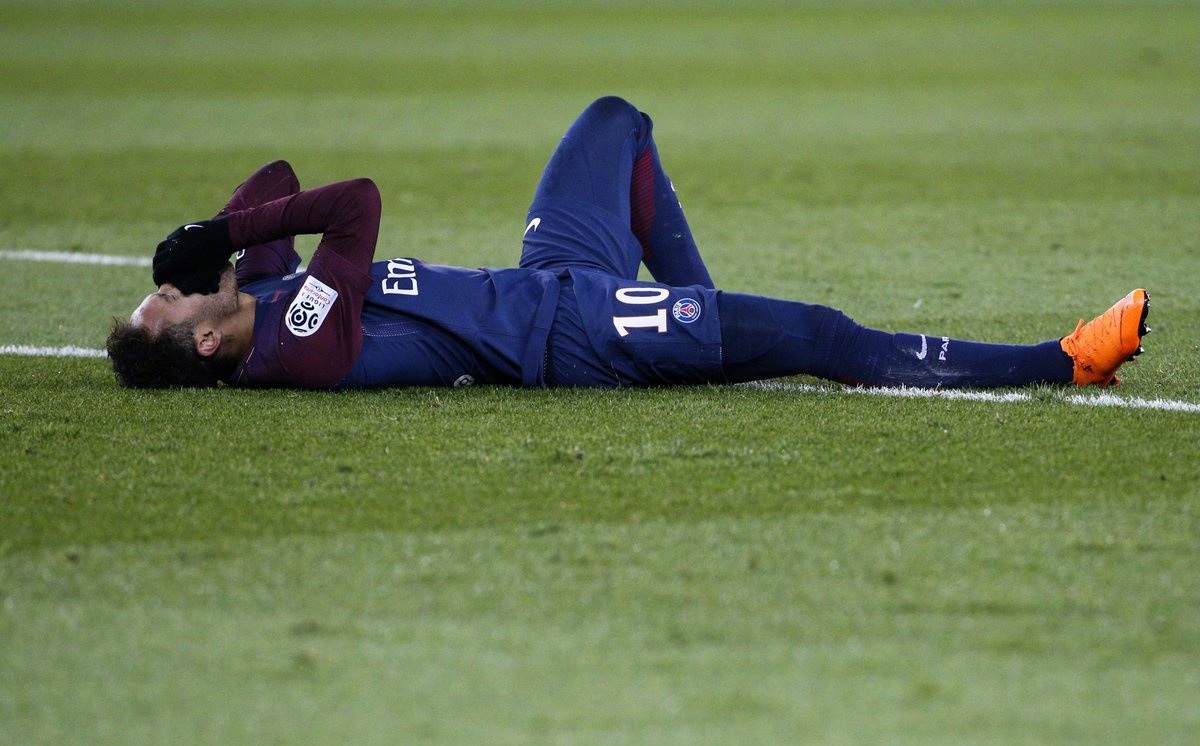 Paris St Germain forward Neymar faces a race against time to be fit for this year's World Cup finals after the Brazil team doctor was quoted on Thursday saying that he would be out for up to three months with a foot injury.

The 26-year-old, who became the world's most expensive player last August when PSG paid 222 million euros ($271 million) to sign him from Barcelona, is to undergo surgery on a fractured metatarsal and a sprained ankle this week.

Brazil's team doctor Rodrigo Lasmar said Neymar will need up to three months to recover from the injury.

"The surgery will be done in Belo Horizonte at the Mater Dei hospital on Saturday morning," Lasmar told TV Globo.

"The recovery period will be between two and a half to three months," he added. "That depends a lot on his post-surgery recovery. We will have more details after the procedure."

"We have time to recuperate him and it will all be done to ensure he is ready as quickly as possible so that he will have enough time to prepare adequately and arrive in top condition for the tournament," Lasmar added.

"Neymar is, of course, upset, sad, down. But he understands that there is no option now other than to recuperate and dedicate himself to recuperating so he can be as good as soon as possible."

PSG confirmed the injury on Wednesday, ruling him out of the club's Champions League last-16, second leg, against Spanish holders Real Madrid.

"After tests, and with the player's agreement, it has been decided that surgery is the best option," the club said. "He will be operated on in Brazil at the end of the week."

Initially Neymar's father predicted the injury would keep his son out for between six to eight weeks, giving him plenty of time to recover for the tournament in Russia.

Neymar has scored 28 goals and provided 16 assists for the Ligue 1 leaders this season.