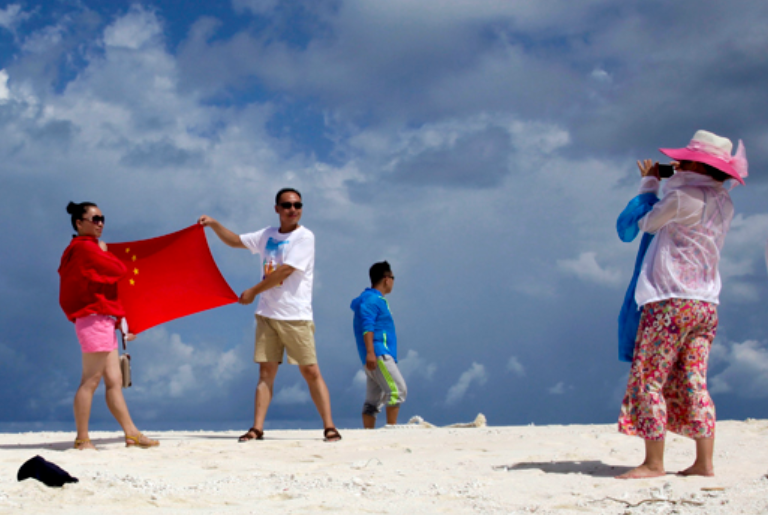 Chinese prefer a slower pace when traveling and were a factor behind the CCI rise, on February 6, 2018. Photo: AP 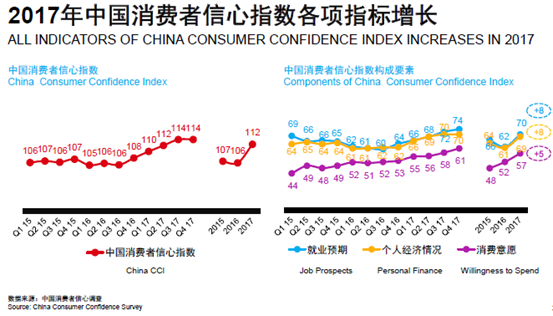 Q4 earnings for 2017 saw CCI hit 114 points, continuing its historic ascent. The figure was up six points from 108 in the same period year on year, according to Nielsen, a global performance management company.

Last year, both job prospects (jumping from 62 to 70 percent) and personal finance (growing from 61 to 69 percent) achieved 8-point growth.

All category indexes reached their highest levels since 2015.

Consumer confidence levels above and below a baseline of 100 indicate degrees of optimism and pessimism.

“For the past four years, China's domestic consumption has become a leading force driving economic growth thanks to government efforts to restructure the economy,” said Vishal Bali, managing director of Nielsen China.

The new study shows that low-tier cities are experiencing faster growth due to the overall CCI rise.

The full penetration of industrial upgrading and an increased tempo of life has stimulated the economic development in lower-tier cities.

"China's economy has been shifting from a growth model driven by large volume to a model fueled by quality and efficiency. It entered a new stage of ‘steady growth with improved quality’,” said Bali.

The Nielsen study found that as China’s urbanization speeds up, the fast pace of its big cities is the standard.

The report shows 96 percent of Chinese consumers are willing to use mobile payments, compared with 65 percent in the US.

Office vending machines have become popular since the beginning of Q3 2017.

In a fast-paced life, travel demand continues to rise.

A growing number of consumers prefer a slower pace when traveling. The fever for traveling has no restriction on age and gender.

It’s noteworthy that people born in the 1990’s prefer individual travel rather than the tour groups their parents are accustomed to using.

Enjoying fine cuisine is also one of the choices that consumers make to "slow down." Not only have consumers expressed a willingness to wait for delicious food, but also enjoy eating their daily meals at a slower pace.

At the same time, consumers are keen on searching for information about food that takes longer to prepare.

Those born after 1995 tend to consider themselves foodies, and drive local trends such as imported and limited edition edibles, and “hidden menus.”

According to Nielsen, the Chinese economy showed a positive trend in both macro and micro perspectives.

It is expected the CCI will continue to maintain its high level in 2018, given the steady growth of the economy and employment.

The economic structure has undergone a positive transformation, and the growth momentum has been shifting to a steady pace.

“China is leading in so many things, such as the digital economy, AI, driverless cars, and so on. The world can learn a lot from China,” said Bali.