No British referees at World Cup for first time since 1938 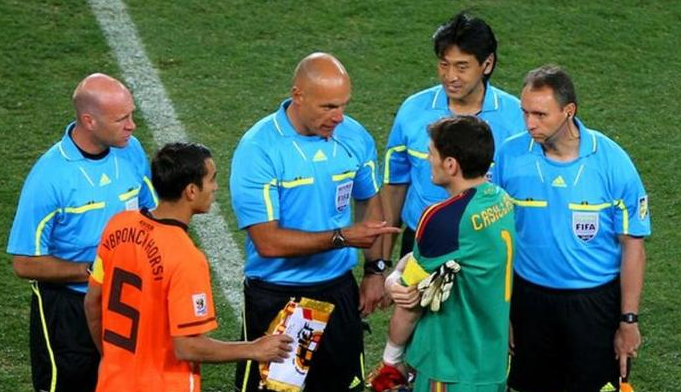 No British referees will take part in this year's World Cup in Russia, the first such absence in 80 years.

The list of 36 referees and 63 assistant referees published by world soccer's ruling body FIFA on Thursday confirmed officials from 46 countries but none from England, Wales, Scotland or Northern Ireland.

The United States, with two referees and two assistants, was best represented.

Video assistant referees, who will be used for the first time at a World Cup when the tournament starts on June 14, will be chosen from the pool of named officials.

England's Mark Clattenburg, who refereed the 2016 European Championship final between hosts France and Portugal, had been on FIFA's early list but he left the Premier League last season for a job in Saudi Arabia.

"It is a disappointment, because we pride ourselves on the international games that our referees have had over the years," Professional Game Match Officials Limited (PGMOL) boss Mike Riley told Sky Sports television this month.

"At the time Mark left for Saudi Arabia, there were actually no competitions left to train the referees, so there was no opportunity to replace him with another English referee."

Howard Webb, who refereed the 2010 World Cup final in South Africa, was the sole English referee that year and in Brazil in 2014.

Three other finals have been refereed by Englishmen – George Reader in 1950, William Ling in 1954 and Jack Taylor in 1974.

England have qualified for the finals, the only home nation to do so.

Britain has said it will not send ministers or members of the royal family in delegations to the World Cup, blaming Russia for the chemical poisoning of a former Russian double agent in the English city of Salisbury this month.