Israel’s defense minister rejected on Sunday calls for an inquiry into the killing of 15 Palestinians by the military during a Palestinian demonstration that turned violent on Friday at the Gaza-Israel border. 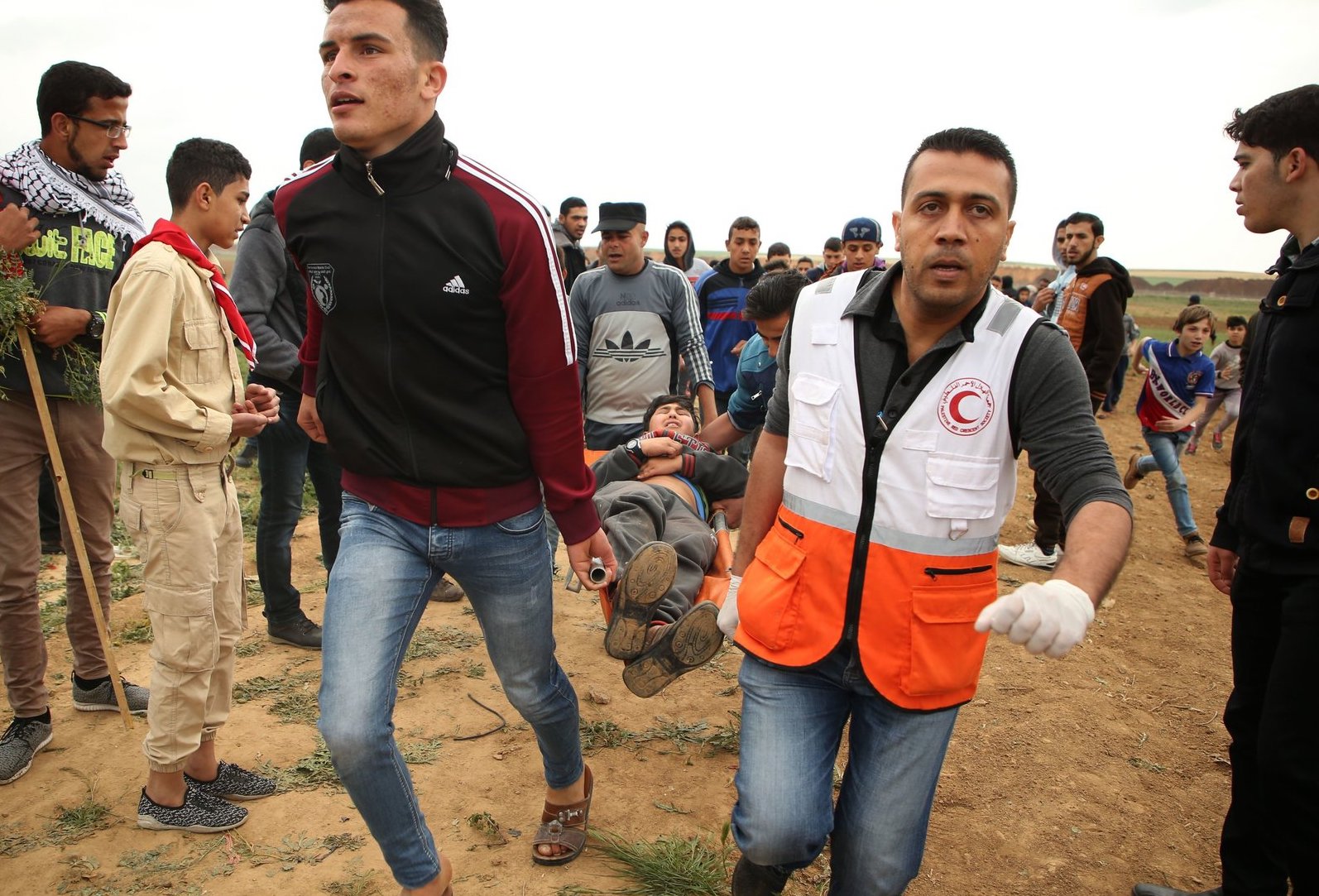 A Palestinian youth is carried on a stretcher after being injured during a demonstration near the border with Israel east of Jabalia in Gaza, March 30, 2018 (AFP/Mohammed Abed)

A tense calm descended on Sunday on the border area, where hundreds of Palestinians, a fraction of the tens of thousands who initially turned out, remained in tent encampments along the fenced 65-km (40-mile) border.

Organizers expect many to come back on Friday, when schools and businesses are closed for the Muslim sabbath, and rejoin the planned six-week protest pressing for right of return for refugees and their descendants to what is now Israel.

Pope Francis, in an apparent reference to the events in Gaza in his Easter address, called for “reconciliation for the Holy Land, also experiencing in these days the wounds of ongoing conflict that do not spare the defenseless.”

Avigdor Lieberman, the Israeli defense minister, rejected criticism of Israel’s actions, saying soldiers along the Gaza frontier “deserve a medal” and did what was necessary to protect the border.

“As for a commission of inquiry - there won’t be one,” he told Israeli Army Radio.

The United States blocked a Kuwait-drafted UN Security Council statement on Saturday, diplomats said, that would have called for an independent investigation and urged restraint by all sides.