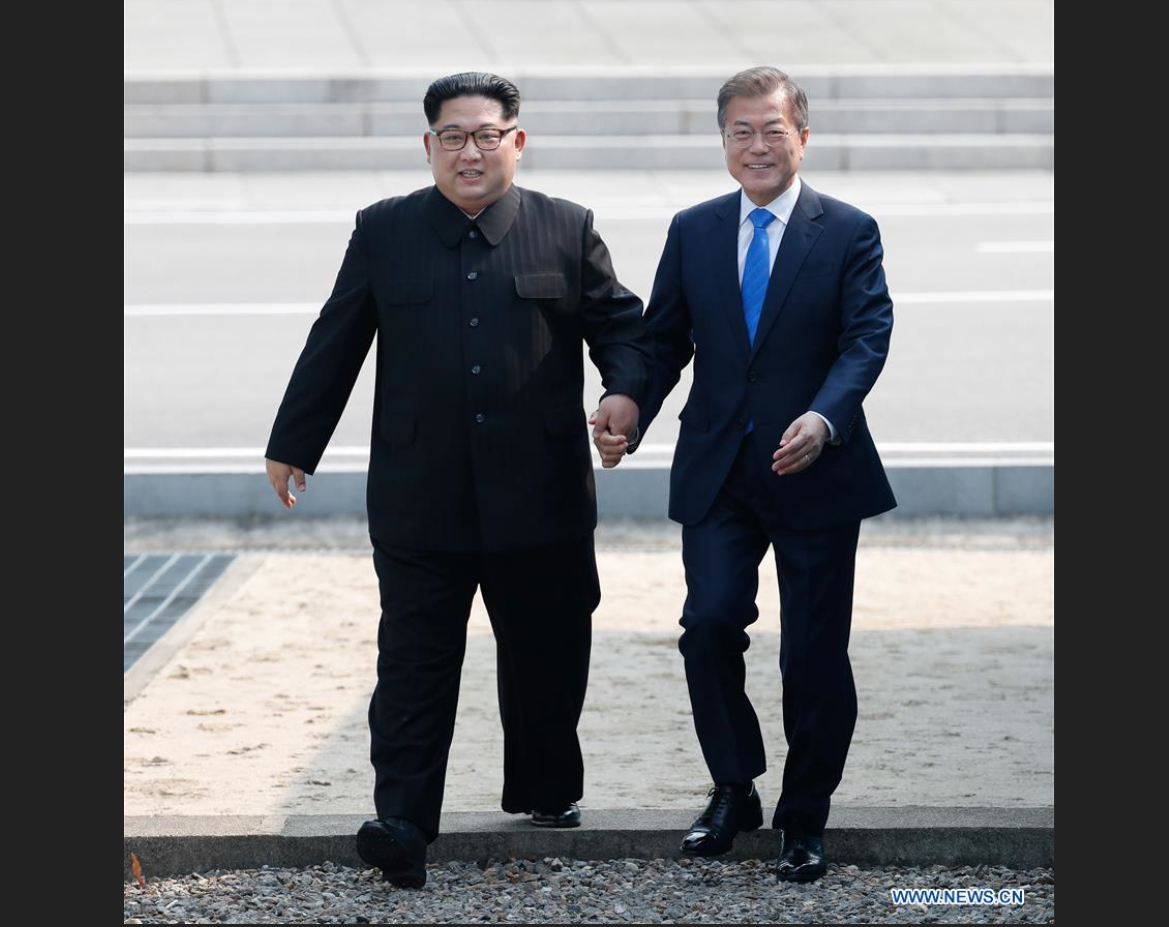 Moon and Kim held a signing ceremony, titled Panmunjom Declaration for Peace, Prosperity and Unification of the Korean Peninsula, at Peace House on the South Korean side of the border village of Panmunjom.

The leaders confirmed the common coal of making the Korean Peninsula nuclear-free via complete denuclearization.

They agreed to actively push for talks, which involve South Korea, the DPRK, China and the United States, to establish a permanent peace regime by turning the current armistice agreement into a peace treaty and declaring an end to the Korean War in the year 2018, marking the 65th anniversary of the signing of the armistice agreement.