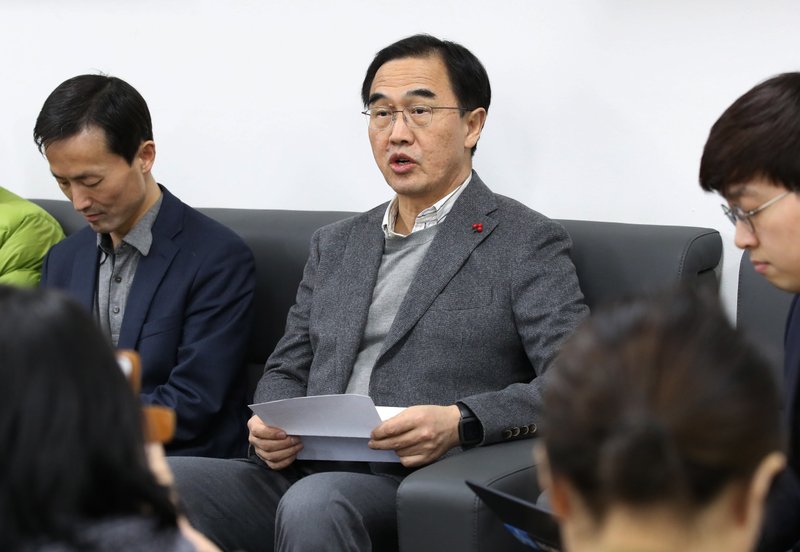 North Korea on Saturday proposed sending a delegation led by the leader of a hugely popular girl band to South Korea to check preparations for a trip by a North Korean art troupe during next month’s Winter Olympics.

South Korea’s Unification Ministry said it had accepted the proposal for the two-day visit starting Sunday.

Earlier in the day the ministry had requested the North to explain why it abruptly canceled the visit by the seven-member advance team on late Friday, just hours after proposing it through a cross-border communication channel.

The delegation will be led by the art troupe’s leader Hyon Song Wol. She also heads the hugely popular girl band Moranbong, which is hand-picked by North Korean leader Kim Jong Un.

The rival Koreas earlier this week agreed that the little-known 140-member art troupe, Samjiyon, which will include singers, dancers and orchestra members, will perform twice in South Korea during the Games in a sign of warming ties between the countries. It will be part of a North Korean Olympic delegation that will also include athletes, officials, state media reporters, a cheering group and a taekwondo demonstration team.

The countries also agreed to hold a joint cultural event at the North’s scenic Diamond Mountain and a training session between non-Olympic skiers at the North’s Masik ski resort ahead of the Olympics. The North has yet to respond to the South Korean proposal to send a 12-member delegation to the North on Tuesday to inspect preparations for the events.

Hyon has been the focus of intense South Korean media interest since she attended inter-Korean talks at the border on Monday that reached agreement on the troupe’s visit. Hyon’s gestures during the talks as well as her makeup, looks, navy blue suit and green shoulder bag received widespread coverage.

The reconciliation mood between the Koreas began after North Korean leader Kim Jong Un said in a New Year’s speech that he was willing to send a delegation to the Olympics. While South Korea hopes to use the games to improve relations with its rival after a year of animosity over North Korea’s rapidly expanding nuclear program, some experts view Kim’s overture as an attempt to weaken U.S.-led international sanctions against the North and buy time to further advance his nuclear weapons program.