HEADLINE North Korea's top diplomat due in Sweden for talks

North Korea's top diplomat due in Sweden for talks

North Korea's top diplomat was on Thursday en route to Sweden for talks which could play a role in setting up a proposed summit between Donald Trump and Kim Jong Un.

Sweden's embassy in Pyongyang also represents US, Canadian and Australian diplomatic interests in North Korea, with the country playing a key role in liaising diplomatic talks.

"The talks will focus on Sweden's consular responsibilities as a protecting power for the United States, Canada and Australia," a foreign ministry statement said.

"They will also address the security situation on the Korean peninsula, which is high on the (UN) Security Council agenda," it said. Sweden is currently a non-permanent member of the Security Council.

"The aim of the visit is to contribute to the effective implementation of the resolutions" voted by the Security Council against Pyongyang over its nuclear programme as well as those calling "for intensified diplomatic efforts to find a peaceful solution to the conflict".

"We can't rule out the possibility of a contact between the North and the US" during Ri's trip to Sweden, a Beijing source told the news agency.

The Swedish foreign ministry said there would not be any press conferences during his visit but that it would publish a statement on Friday evening after the conclusion of talks.

After months of tension and warmongering over Pyongyang's nuclear programme, Trump has agreed to a summit proposal relayed by South Korean envoys who met Kim Jong Un in Pyongyang.

But no specific time or venue has been set and North Korea has yet to confirm it even made the offer to meet.

International media have speculated that Sweden could be a potential location if the summit were to be confirmed.

The Scandinavian country has longstanding ties with North Korea -- its diplomatic mission in Pyongyang was the first Western embassy established in the country, in 1975.

North Korea also has an embassy in Stockholm, in the leafy residential suburb of Lidingo.

"I think it's much too early to speculate about that ... we're not there yet," Swedish Prime Minister Stefan Lofven told news agency TT.

However, he added: "If the main actors want Sweden to play a role -- facilitate, be a forum or a link or whatever it may be -- then we are ready to do that," he said, referring to North and South Korea, the US, Japan and China.

"This is such an incredibly important issue. We are a country that is militarily non-aligned and have a longstanding presence in North Korea, and with the trust we enjoy we think we can play a role," he said. 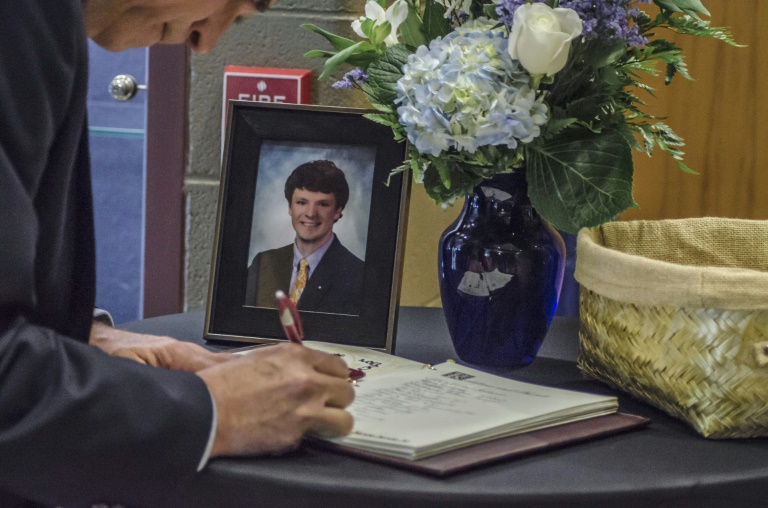 Sweden was involved in efforts to secure the release of US student Otto Warmbier, who was freed by North Korea in June 2017 but died shortly after returning home (Photo: AFP)

"But it has to be the main actors who decide which role Sweden will play."

"We cannot be naive and think that Sweden is going to resolve these problems," he said.

Jerker Hellstrom, Asia specialist at the Swedish Defence Research Agency (FOI) under the defence ministry, said Sweden has "an important role in the Korean peninsula, both as a protecting power and its contribution to the supervision of the (Korean War) armistice agreement."

However, North Korea watchers should not be overly optimistic about the current tone.

"The pause in escalation that we see right now is temporary," he said, noting that Pyongyang will eventually "need to prove its capabilities in the nuclear sphere."

Earlier this month, Trump thanked Lofven for Stockholm's efforts to negotiate the release of US student Otto Warmbier, who was arrested for stealing propaganda material during a 2016 trip to Pyongyang, but who died after returning home.

According to a source close to the Stockholm-Pyongyang talks, the fate of three Americans detained in North Korea is also expected to be on the agenda.

"We know these consular cases are of great concern to the Americans, and when there are now gestures being made from both sides to defuse tensions, this is something North Korea can consider from its side," the unnamed source told Sweden's newspaper of reference Dagens Nyheter.