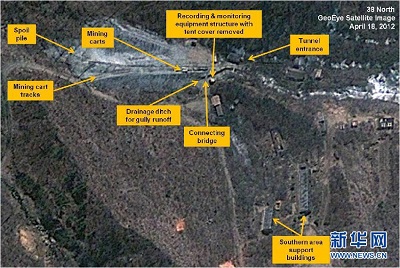 A ceremony for dismantling the nuclear test ground is now scheduled between May 23 and 25, depending on weather condition, North Korea said in an official press release.

The Ministry of Foreign Affairs of the DPRK issued a press release on Saturday, saying that North Korea is "taking technical measures" to dismantle its nuclear test ground in order to ensure transparency of discontinuance of the nuclear test.

Dismantlement of the nuclear test ground will be done in the following sequence-making all tunnels of the test ground collapse by explosion; completely blocking entries; removing all observation facilities, research institutes and structures of guard units on the ground, the press release added.