HEADLINE Not 'bitter' Michigan man cleared after 45 years in prison

Not 'bitter' Michigan man cleared after 45 years in prison 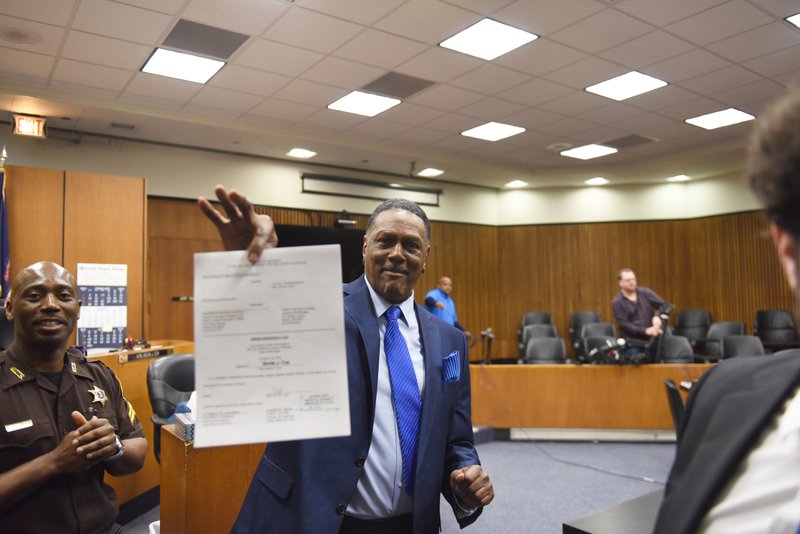 A Detroit-area man whose murder conviction was thrown out after he spent 45 years in prison was exonerated Wednesday and won’t face a second trial.

A judge granted a request to permanently drop the case against Phillips, whose conviction was erased last year. Wayne County prosecutor Kym Worthy said a new investigation by her office backed his claim that he had no role in a 1971 fatal shooting.

“There’s nothing I can say to bring back 40 years of his life,” Worthy said. “The system failed him. This is a true exoneration.”

The case was reopened at the urging of the Innocence Clinic at University of Michigan law school after a co-defendant at the ’72 trial told the state parole board that Phillips wasn’t involved in the slaying of Gregory Harris.

Phillips had been free on bond since December. He likely will be eligible for more than $2 million under Michigan’s wrongful conviction law.

No one in the US has served more years in prison before being exonerated than Phillips, said David Moran, director of the Innocence Clinic.

“I’ve never carried bitterness around, so I’m not a bitter man,” Phillips told reporters when asked about his decades in prison.

One of his goals: A reunion with two children who were ages 2 and 4 when he went to prison in 1972. Despite publicity about his case, Phillips said he hasn’t heard from them and doesn’t know their whereabouts.

“You have seen the worst and best of the criminal justice system,” Judge Kevin Cox told Phillips.

Phillips has settled in a Detroit suburb and attends a church where he shares his story with others.

“His freedom truly belongs to him again,” Moran said.