HEADLINE Nunes memo and the man behind it

Nunes memo and the man behind it 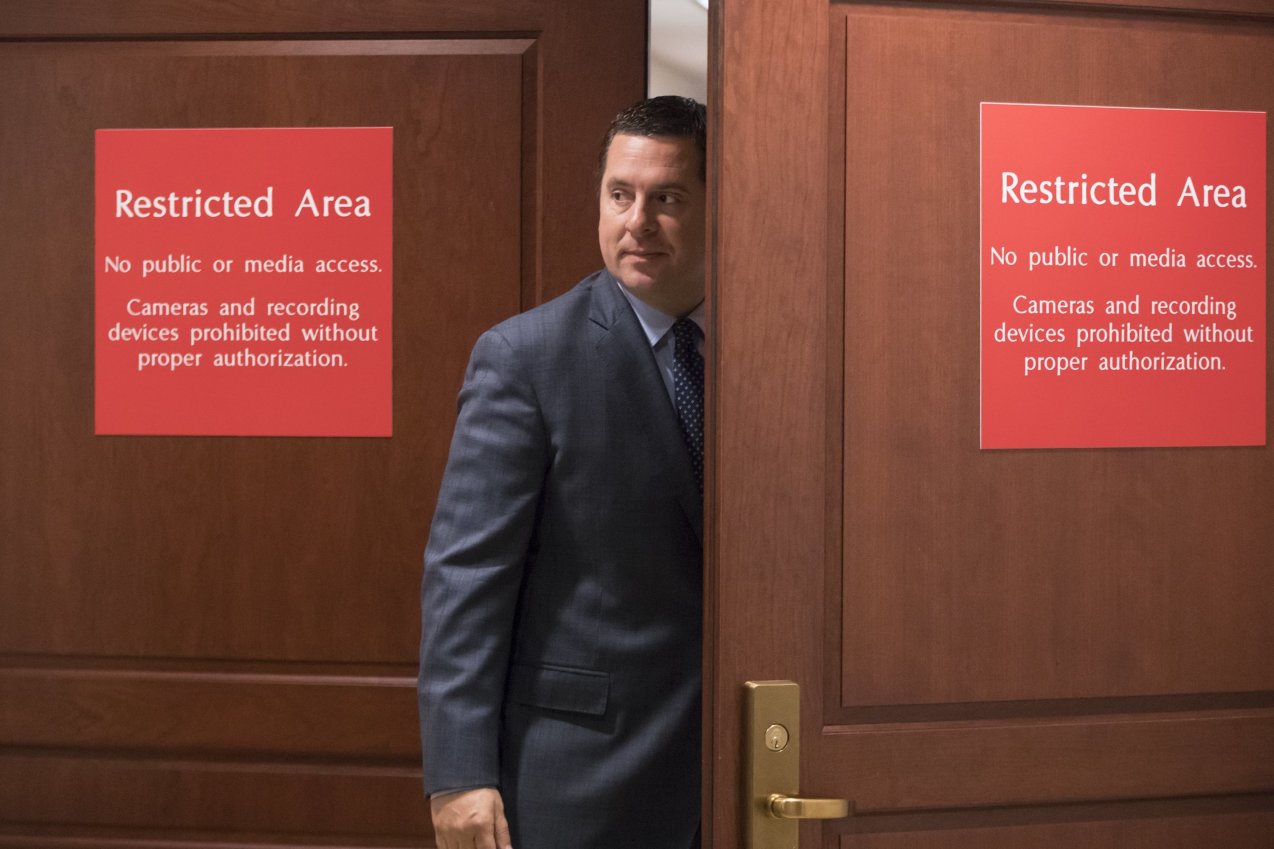 For days, Washington has braced for the release of a classified memorandum which accused the Federal Bureau of Investigation (FBI) and Department of Justice (DOJ) of abusing surveillance power over alleged Russian role in the 2016 presidential election.

US President Donald Trump on various occasions called the federal probe into the alleged collusion between his aides and Russia a political “witch hunt” and authorized to declassify the memo on Friday, a move considered an attempt to undermine the ongoing investigation among Democrats.

To understand the possible implications of Friday’s release, it may be useful to have a quick look at the background on how the memo was created and Devin Nunes, the man behind it.

Nunes, a California Republican who chairs the House Permanent Select Committee and an ardent Trump defender, has been leading a Congressional investigation into Russia’s role in the US election since March, 2017.

Nunes soon recused himself from the probe a month later after he came under fire for speaking publicly about classified surveillance reports, which he said suggested Trump’s campaign officials were under surveillance. In December 2017, he resumed work with the committee’s investigation.

The chair relentlessly blasted FBI and DOJ for their slow response to the committee and earlier this month, he told Deputy Attorney General Rod Rosenstein that the probe is expanding to include the department’s handling of the Russia investigation.

Nunes’ staff summarized the classified information from the committee’s findings in its probe into FBI and DOJ and accused the agencies of abusing power when they applied for court order to monitor Carter Page, who used to be an advisor to Trump’s campaign.

Despite strong opposition from DOJ and Democrats, the House intelligence committee voted to send the memo to White House along party lines and rejected a 10-page memo written by Democrats on January 19.

Hours before officially giving a nod to the release, Trump attacked top officials of the US intelligence community and Justice Department, blaming them for politicizing the “sacred investigative process in favor of Democrats and against Republicans.”