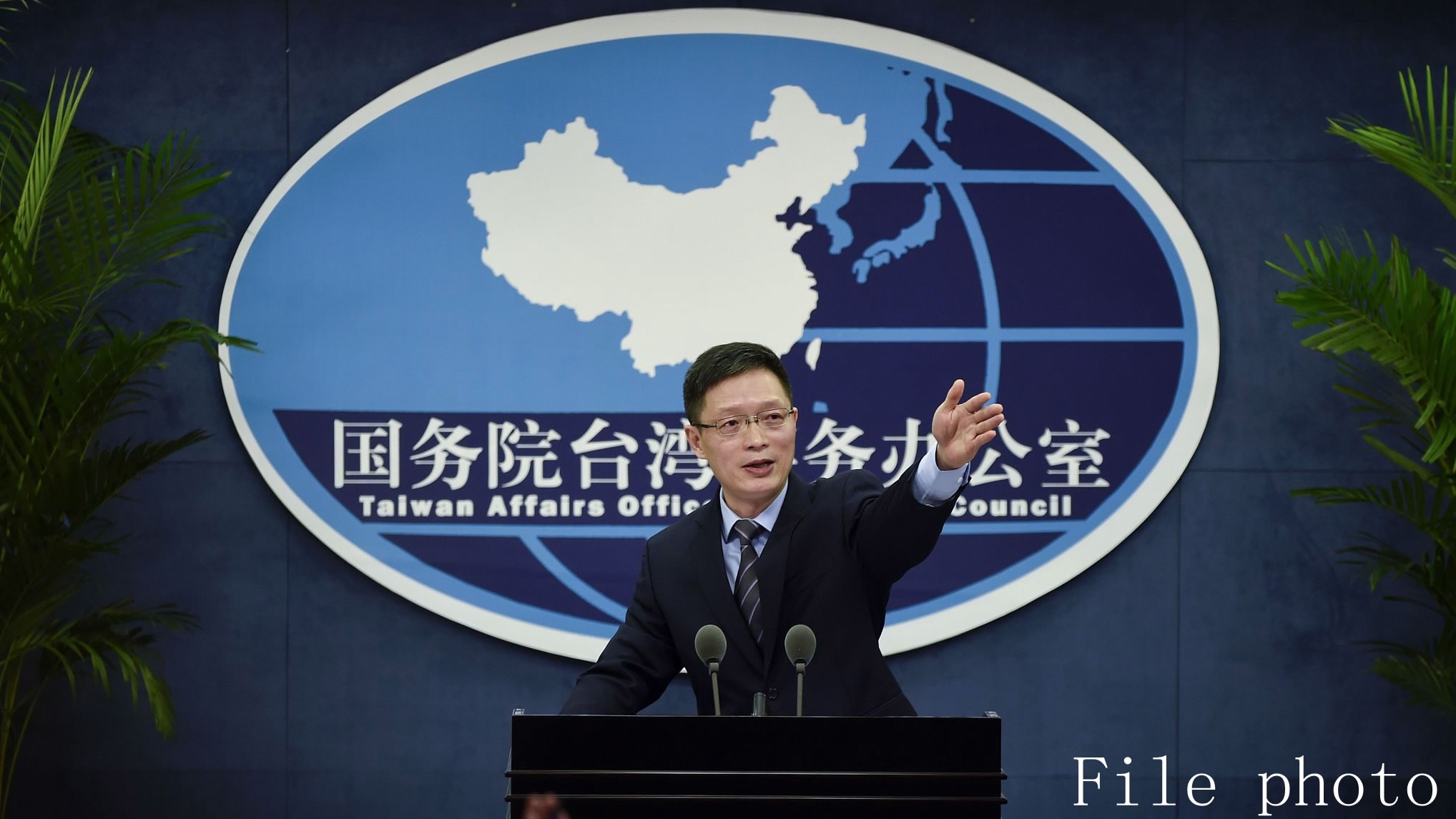 Any outside forces that attempt to "play the Taiwan card" will find their efforts "futile", a Chinese mainland spokesperson said at a press conference Wednesday.

An urged the United States to abide by the one-China policy and the principles of the three Sino-US Joint Communiques, and avoid any form of official contact with Taiwan.

"We sternly warn Taiwan authorities that relying on foreigners to build you up will only draw fire against yourself," An said.

Asked about the possibility of using force against Taiwan, the spokesperson said that the mainland will make every effort in all sincerity to strive for peaceful reunification.

"However, we are staunchly determined to safeguard China's sovereignty and territorial integrity, and will not allow any attempt to split the country," An said.