One dead as Southwest jet makes emergency landing in Philadelphia 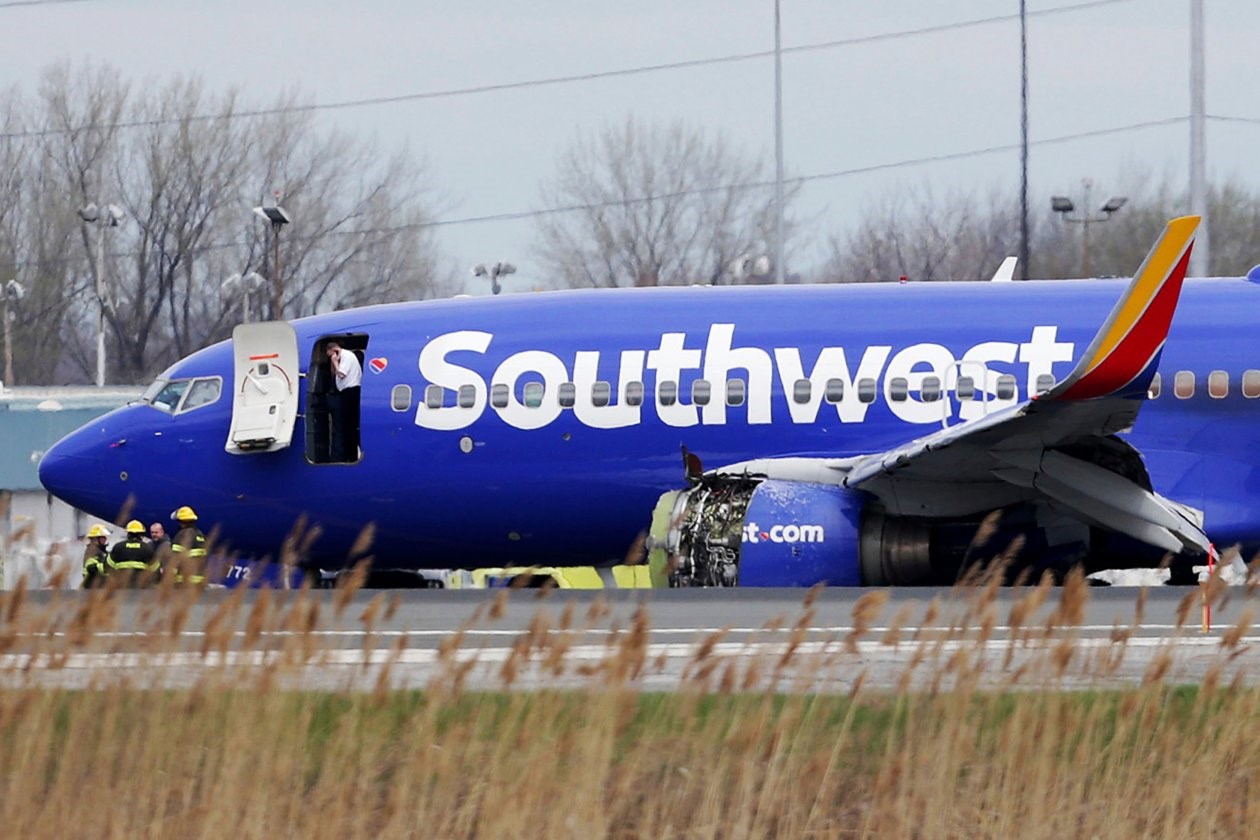 People’s Daily (Washington) – An investigator for the US Federal Aviation Administration said one person was killed when a Southwest Airlines jet blew an engine midflight, forcing the plane to make an emergency landing in Philadelphia on Tuesday.

The Dallas-bound Southwest Airlines Flight 1380 out of New York had 143 passengers and a crew of five onboard, Southwest said in a statement. The plane made an emergency landing at Philadelphia International Airport with part of the covering from its left engine ripped off and a damaged window.

The US National Transportation Safety Board Chairman Robert Sumwalt said that the engine will be given a detailed examination by the NTSB and FAA. Sumwalt also said that seven other passengers had minor injuries but were not taken to the hospital.

Passenger Marty Martinez made a brief Facebook Live post while wearing an oxygen mask with the caption, “Something is wrong with our plane! It appears we are going down! Emergency landing!! Southwest flight from NYC to Dallas!!”