HEADLINE One killed, 30 injured after snowstorm in N Japan

One killed, 30 injured after snowstorm in N Japan 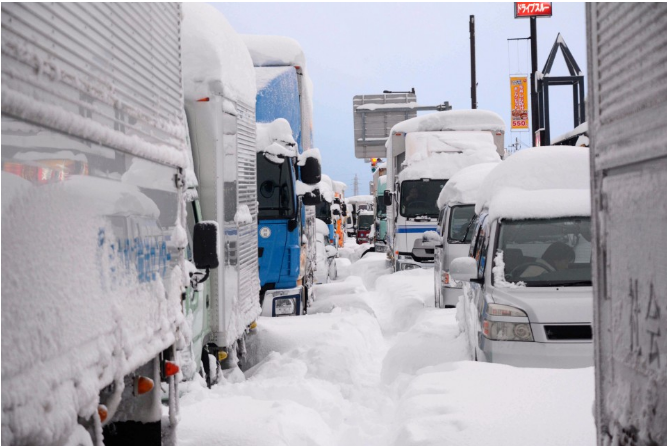 Officials said the driver died from carbon monoxide poisoning after being trapped in the car when some 1,500 vehicles were stranded in a 10-kilometer stretch on Route 8 in Fukui Prefecture. 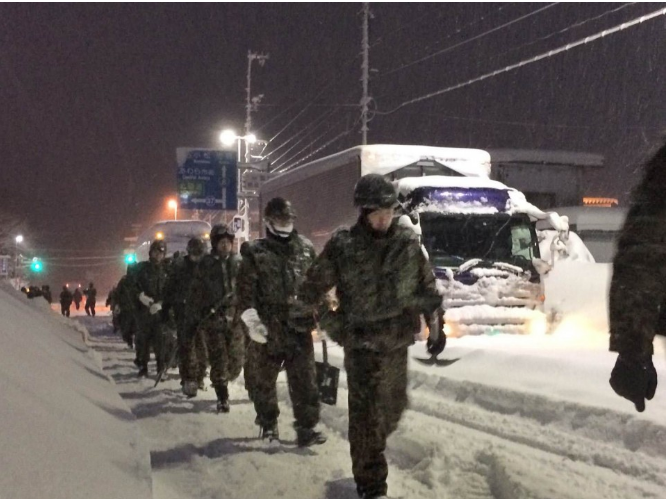 The Self-Defense Ground Force has mobilized more than 700 personnel to help remove snow and provide water and food to drivers.

More than 400 schools were forced to close and the operations of public transportation, including bullet trains, airplanes and highways, have been disrupted, according to authorities.

The Fukui Local Meteorological Office said this is the first time that snowfall has exceeded 130 cm in the prefecture since 1981’s “Goroku Gosetsu” (five six torrential snow) extreme weather event, whose name derives from the 56th year of the Showa Era (1926-1989).

The snowfall is 6.4 times that of an average year, with 66 cm accumulating in the past 24 hours alone.

The weather agency warned the area may have more snow Wednesday.