Op-ed: China’s new era is of profound significance to world 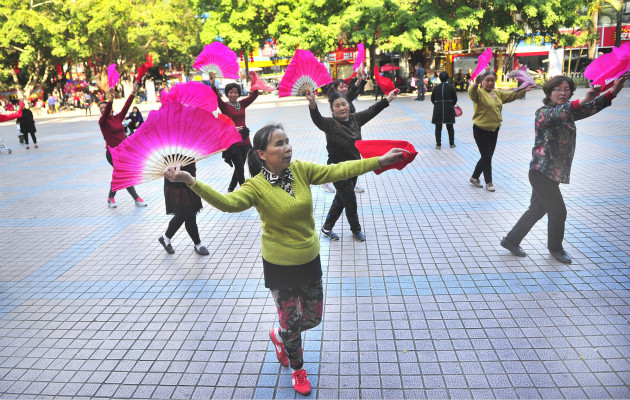 China’s entry into a new era is of great significance to the world, which can be evidenced by a series of interactive global stories ahead of the ongoing 19th National Congress of the Communist Party of China (CPC).

The documentary “China: Time of Xi” produced by the US Discovery Channel has reached out to more than 200 million viewers in 37 countries and regions after its recent debut.

Qatari police duplicated Chinese goose steps in their own parade as their soldiers marched to the military anthem of the People's Liberation Army with orders shouted in Chinese.

“Socialism with Chinese characteristics has crossed the threshold into a new era. This is a new historic juncture in China's development,”  Xi Jinping said in his report to the 19th CPC National Congress on Wednesday.

The word “new era” flew worldwide from the Great Hall of the People soon after Xi’s report on behalf of the 18th CPC Central Committee. Many media outlets around the world added “new era of China,” a new Chinese political discourse, to their headlines.

What the globe sees now is a more confident and aspirant China ready to embark on a new journey from a fresh starting point.

Xi heralded the dawn of a “new era” of Chinese politics, the Guardian newspaper reported, adding “Xi struck an upbeat tone that contrasted with the grey skies and drizzle outside.”

US-based Bloomberg stressed at the beginning of an article that “We knew Xi Jinping had big ambitions for China. Today we learned how big.”

“We’re moving into a sort of China Inc. 2.0, a real upgraded version,” said Jude Blanchette, associate engagement director at the Conference Board’s China Center for Economics and Business in Beijing.

They have given different interpretations, but it is unquestionable that the world has been touched by China’s entry into the new era since the opening of the 19th CPC National Congress.

The Chinese nation has stood up, grown rich and become strong. The CPC has, in less than 100 years since its establishment, brought earth-shaking changes to the country. Within a short span of decades, China has accomplished what took developed countries hundreds of years to achieve.

As the world’s second-largest economy, biggest trader in goods and largest holder of foreign exchange reserves, the country contributed more than 30 percent to global economic growth.

China has also managed to lift more than 700 million people out of poverty since the launch of the reform and opening-up, and a moderately prosperous society will soon be established.

The historic changes have earned China international applause. Russian daily newspaper Nezavissimaia Gazeta pointed out that the CPC has proved the advantages of its theories and practices by leading China to unprecedented prosperity.

China’s relationship with the world is also going through unprecedented changes. The Chinese have never been so close to modernization and the rest of the world is closer to this distant nation than ever.

China is now an indispensable player at the negotiating table of international conferences, with a louder voice on global agendas.

Such transition, a miniature of changes brought on by China’s entry into the new era, is also the key reason why the world paid so much attention to China and the 19th CPC National Congress.

The world is casting their eyes on China’s new journey to fulfill its great dream in the new era. The close attention comes from the fact that China has enlightened the world, especially developing countries, on how to achieve modernization through its own development experience.

Xi offered a sketch of the Chinese Dream five years ago soon after the 18th CPC National Congress. While giving a more detailed plan this time, Reuters seemed to find the clues to China’s two-phased plan to build a "great modern socialist country.”

"What we now face is the contradiction between unbalanced and inadequate development and the people's ever-growing needs for a better life," Xi said in his report, while previously the principal contradiction was described as one between "the ever-growing material and cultural needs of the people and backward social production.”

The evolution of this description reveals the CPC’s new understanding of the country’s reality, based on which Xi raised the concepts of a new era and new thinking, Singaporean newspaper Lianhe Zaobao opined.

The construction of socialism with Chinese characteristics in the new era has been recognized worldwide as a great practice in the development course of human beings. It not only offers the world Chinese wisdom in the exploration of a better social system but also makes a good reference for developing countries on their own paths to modernization.

The CPC will stay true to its founding mission. With firm belief and actions, China will work as a stabilizer of the world to inject more positive energy into humanity in pursuit of a better future.