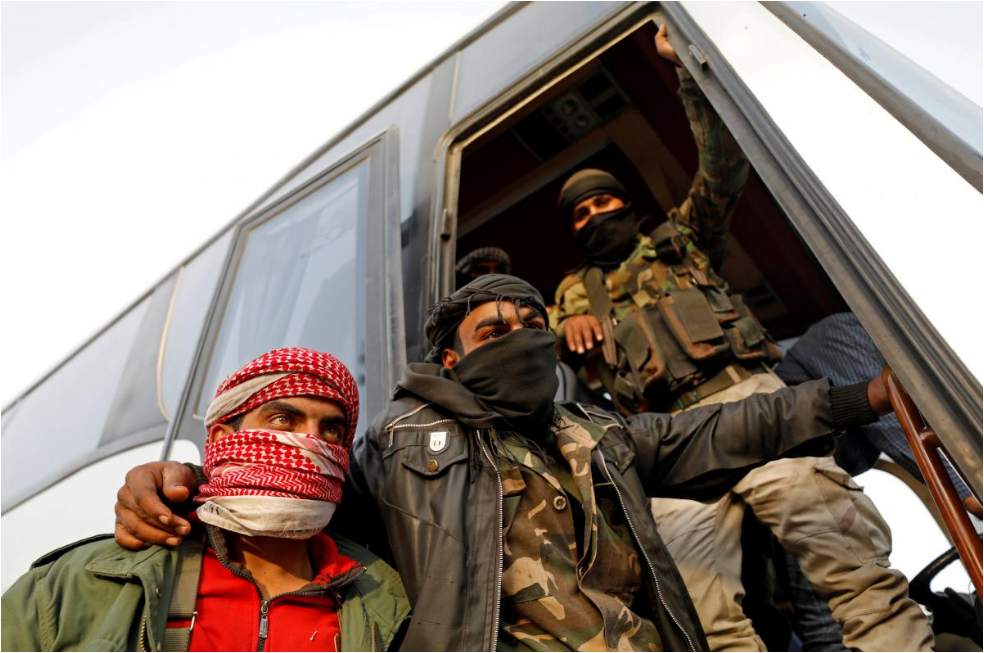 Rebel fighters gesture as they stand next to a bus before their evacuation, at Harasta highway outside Jobar, in Damascus, Syria March 26, 2018.  (Photo:  Reuters)

The massive Russian-backed Syrian military offensive in suburbs east of Damascus is almost over, with rebels holed up in just a single town after abandoning the rest of the eastern Ghouta enclave, Moscow said on Thursday.

Russia and the rebel faction controlling Douma, the last Ghouta town still in insurgent hands, said they were still negotiating over the fate of the town. Moscow said it saw a chance of the remaining insurgents quitting Douma.

Thousands of fighters have accepted Russian-brokered deals to leave other parts of the enclave in the past week with their families on government-supplied buses, giving them safe passage to other insurgent-held areas. Tens of thousands of other civilians have stayed behind to accept state rule, and tens of thousands more have fled across the frontline.

The collapse of rebel control in eastern Ghouta, after one of the fiercest campaigns of the seven year war, has delivered the insurgents their worst defeat since they were driven out of Aleppo in 2016.

Deputy Foreign Minister Mikhail Bogdanov said there could be progress in talks with fighters from the Jaish al-Islam group, which holds Douma, RIA said.

Eastern Ghouta, an early centre of the 2011 uprising against President Bashar al-Assad, was until last month the biggest and most populous remaining rebel stronghold near the capital.

A girl looks at the camera during evacuations from the besieged town of Douma, Eastern Ghouta, in Damascus, Syria March 22, 2018.(Photo: Reuters)

Its capture will cap a string of battlefield victories for the government of President Bashar al-Assad since Russia sent its air force to join his war effort against the rebellion in September 2015, making his position unassailable.

A commander in the alliance supporting Assad, which besides Russia includes Iran and Shi’ite militias from Lebanon and Iraq, said on Wednesday negotiations with Jaish al-Islam had stopped.

However, Jaish al-Islam official Mohammad Alloush, based outside Syria, told Reuters by text message on Thursday that talks were continuing, “despite reports of threats and provocations in order to put pressure on civilians”.

Despite some artillery fire on Douma on Wednesday, there has been no renewal of the army’s withering bombardment and assault that stormed most of the rebel enclave in just a few weeks.

It split eastern Ghouta into three parts, and the factions in two of the zones agreed surrender terms a week ago, including the choice of accepting Assad’s rule or leaving with light weapons for opposition territory in northwestern Syria. 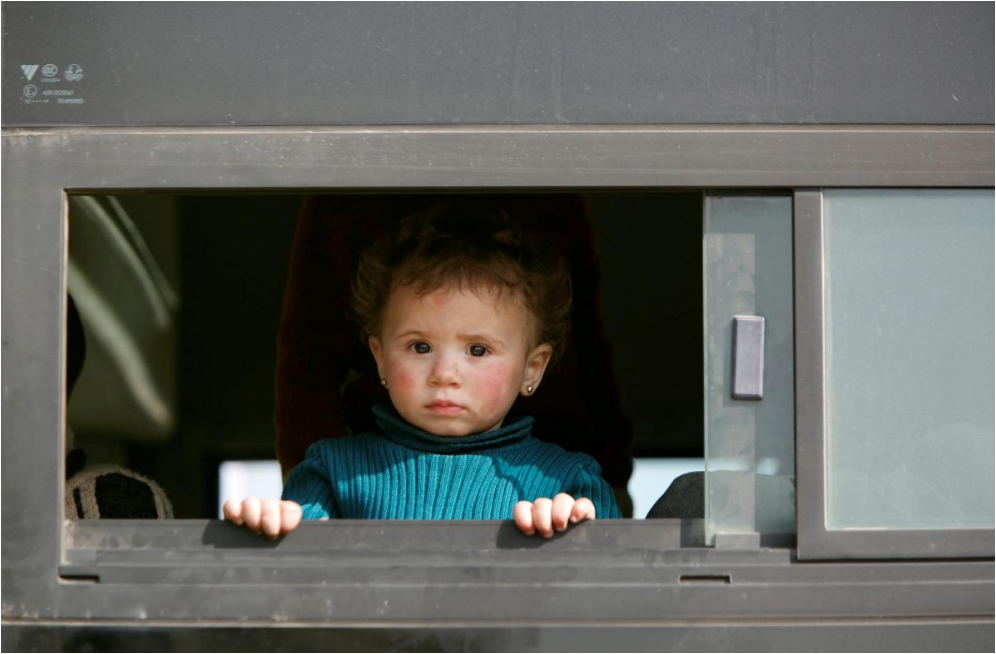 A girl looks out of a bus carrying rebels and their families as they wait to be evacuated, at Harasta highway outside Jobar, in Damascus, Syria March 25, 2018. (Photo:Reuters)

Daily convoys of buses have since made the 320km (200 miles) journey to Idlib carrying about 7,500 fighters and their families, 30,000 people in all, according to the Syrian Observatory for Human Rights, a Britain-based war monitor.

About 134,000 other people fled across front lines from rebel territory in eastern Ghouta into areas held by the government, the Observatory said. Some 40,000 people remained in the towns it has recaptured so far.

On Thursday, the United Nations resident and humanitarian coordinator’s office in Syria said in an emailed update that 75,000 civilians had been received in shelters and 47,000 civilians remained in them. It described conditions in the shelters - mostly unfinished buildings, hangars or schools - as “dire”.

Assad and his allies say their offensive was needed to end the rule of Islamist militants over civilians and to stop rebel mortar fire on Damascus, which state television says has killed dozens in recent weeks. The Observatory says the government assault has killed more than 1,600 people.

The Syrian and Russian governments deny all that and have accused the rebel groups of fabricating evidence of such attacks and of killing people who tried to flee their territory, which the insurgents deny.