HEADLINE Opinion: Does new coalition mean the end of political deadlock in Germany?

Opinion: Does new coalition mean the end of political deadlock in Germany? 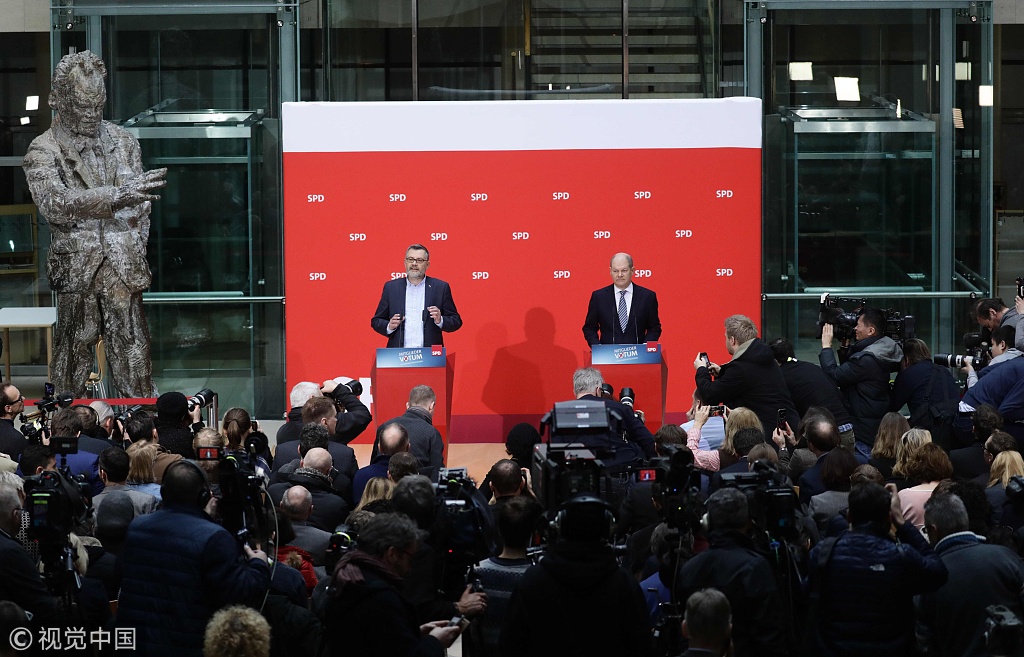 The decision has seemed to clear the way for a rebuilding of the“grand coalition”which has governed Germany since 2013, and puts the female chancellor into office for a fourth term.

It also puts an end to five months of political uncertainty in Europe’s largest economy – the longest the country has been without a government in its post-war history.

So, what were the reasons for the impasse and is it really a thing of the past?

In November 2017, the liberal Free Democratic Party (FDP) decided to withdraw from the coalition.

“Few consensuses have been reached among the FDP, coalition parties [the CDU and its sister party the Christian Socialists (CSU)], and the Green Party on various key issues including environmental protection, immigration and migration policy and Euro-policy,” said FDP leader Christian Lindner.

The FDP's withdrawal eliminated the viability of the Jamaica coalition, a nickname for the unorthodox coalition of Merkel’s conservatives, the FDP and the Greens, and presented more difficulty in the process of Merkel’s coalition efforts.

At the same time, as the second largest party in Germany and Merkel’s intimate partner, the SPD has built a coalition with Merkel’s party for eight out of Merkel’s 12 years as chancellor.

However, the SPD’s shifting policies in 2017 have become a main contributor to Germany’s unprecedented political impasse.

There were heated discussions for a long time of whether the SPD was going to enter Merkel’s great coalition among SPD members. However, no agreements have been reached, even within the party.

Martin Schulz, the SPD’s previous party leader, changed his attitudes toward the coalition many times in 2017. His hesitance and his party’s inconsistent policies have bogged down his party’s decision-making and worsened German’s political panorama. Even in different SPD local branches, there has been great divergence on this issue.

Many parties aired opinions after Merkel declared the“successful”reunion of the coalition on Sunday. German mainstream media outlets, including Der Spiegel, Tagesschau and Frankfurter Allgemeine Zeitung, reported that the end of the deadlock was a“new start”for Germany.

According to AP, France’s President Emmanuel Macron is also hopeful for the German government’s new coalition and is eager for a stable Europe.

After all, in a short period, Germany’s political impasse will be broken, as five months of anarchy came to an end and new coalition government is expected to be established in the next week.

However, does the new coalition government necessarily mean the end of political deadlock in Germany? Carsten Nickel, analyst of Teneo Intelligence, said,“Even as Angela Merkel is to kick off her fourth term, the SPD’s inconsistent opinions and potential problems can only be delayed, rather be solved fundamentally. The seemingly eternal great coalition is still facing twists and turns in the future.”

It seems that Merkel still needs to do more to coordinate different parties’interests and standpoints, if she wants a true end to political gridlock in Germany.

Top: Olaf Scholz (R), interim leader of Germany's Social Democrats Party (SPD), listens as the SPD's treasurer Dietmar Nietan announces the result of the SPD members' referendum on whether or not to join a new coalition government with German Chancellor Angela Merkel's conservatives, during a press conference on March 4 in Berlin. (Photo: VCG)