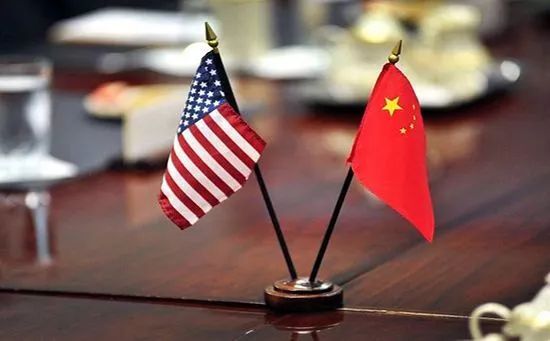 In his inaugural address a little over a year ago, Donald Trump asserted that “… protection will lead to great prosperity and strength.” The Trump Administration has subsequently moved from rhetoric to action in its avowed campaign to defend US workers from what the President calls the “carnage of terrible trade deals.” And, as indicated by a series of tariff actions announced in early 2018, China is clearly the target.

Trump has long believed that China was responsible for pressures squeezing American workers. The evidence: academic research on the so-called “China shock,” in conjunction with China’s outsize portion of a gaping US trade deficit. The 2016 campaign mantra of “Making America Great Again” became a call to action for the 45th President of the United States. China is seen as the means toward that end – as a threat to the renaissance of a once dominant US manufacturing sector.

This argument is seriously flawed. US manufacturing employment has been on a steady downtrend for 65 years — falling from 32 percent of total employment in 1953 to 8.5 percent in 2017. By the time China entered the World Trade Organization in 2001, this portion had already plummeted to 12 percent, reflecting the powerful secular forces of technological change and increasingly globalized supply chains.

In 2017, fully 47 percent of the total US merchandise trade deficit of nearly $800 billion was with China. Significantly, new data from the OECD and the World Trade Organization suggests at least 40 percent of this bilateral imbalance reflects supply chain effects of components and parts that are produced outside of China but assembled inside China. That means based on the value added actually produced in China — the essence of the alleged China threat — the 47 percent share of the US deficit would be reduced to around 28 percent.

This is still a big number.  But it is far below the claims of President Trump and the official figures of the US Department of Commerce. While the international specialization of comparative advantage explains this outsize portion, that argument doesn’t matter in the political arena.  Politicians, have no patience for statistical analysis — they find it much easier to blame others and point the finger at China.

But there is far more serious flaw to Washington’s fixation on the US-China bilateral trade imbalance.  The United States ran merchandise trade deficits with 102 nations in 2017.  This reflects America’s profound shortfall of domestic saving – a net national saving rate (depreciation-adjusted saving of businesses, households, and the government sector, combined) of just 1.8 percent in 2017, less than one-third the 6.3 percent average in the final three decades of the 20th century.  Lacking in domestic saving and wanting to consume and grow, America must import surplus saving from abroad and run massive current-account and multilateral trade deficits to attract the foreign capital.

That leads to one of the great ironies of an anti-China US trade strategy: Going after China, without addressing the root cause of low saving, is like squeezing one end of a water balloon — the water sloshes to the other end. In effect, the Chinese piece of the US trade deficit would be redistributed to other, higher-cost foreign producers.  That is the functional equivalent of a tax hike on the very middle class the Trump Administration is trying to protect.

Moreover, this problem looks to get worse.  In the aftermath of a $1.5 trillion ten-year tax cut and follow-up actions by the US Congress to add another $300 billion to the federal deficit in order to prevent a government shutdown, pressures on domestic saving and the trade deficit will only intensify. In this context, protectionist policies will pose an increasingly serious threat to America’s already-daunting external funding requirements — putting pressure on US interest rates, the dollar’s exchange rate, or both.

While China’s response to Trump Administration tariffs has been modest to date, more meaningful retaliation can hardly be ruled out.  As America’s third largest and most rapidly growing major export market, and as the biggest foreign holder of US Treasury securities, China has considerable leverage at its disposal.

Yet there are no winners in trade wars. Three initiatives should be considered to avoid such an endgame:

One, the exchange of views between the US and China is far too episodic — annual gatherings of the Strategic and Economic Dialogs, Joint Commission on Commerce and Trade, as well as periodic leader-to-leader summits.  A permanent secretariat, staffed by high-level experts from both sides, would be far more effective in tackling the complexity of a challenging relationship on an ongoing basis.

Two, both nations should put a high priority on breaking the 10-year logjam in negotiations of a bilateral investment treaty.  For US multinationals, access to China’s rapidly expanding domestic markets is a major growth opportunity.  The same is the case for China’s “Going Out” global investment campaign.

Three, the thorny issue of technology transfer — the essence of the battle over intellectual property rights — needs to be resolved.  In doing so, an important distinction needs to be made between contractual sharing of operating systems by partners in commercially-negotiated joint ventures and outright theft, coercion, and cyberhacking.  In today’s knowledge-based world, there can be no higher priority.

In the 1930s, protectionist tariffs and a global trade war exacerbated the Great Depression and destabilized the international order. Sadly, one of the most painful lessons of modern history is now at risk of being ignored.

The author is a faculty member at Yale University and previously Chairman of Morgan Stanley Asia, is the author of Unbalanced: The Codependency of America and China (2014)