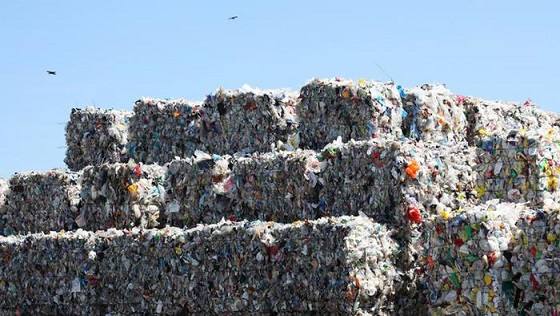 China released an order to ban the import of 24 categories of recyclables and solid waste six months ago, including various plastics and mixed papers. The ban went into effect on December 31, 2017. Although China notified the World Trade Organization soon after the release of the order, its tough move on environment governance still caught some Western countries unprepared.

For a long time, China was the largest market for many types of recyclable materials from Western countries. A survey by Reuters showed that in 2016 China received 56 percent of waste from the world, and data from the Bureau of International Recycling shows that 7.3 million metric tons of recyclable plastics and 27 million tons of waste papers were imported to China.

Most developed countries including the US, the UK, Germany and Japan are prone to transport low grade mixed waste to China. This waste is hard to sort and could be very expensive to handle. According to a report on the website of Die Zeit, Germany exports approximately 760,000 tons of plastics to China each year.

China’s dominant position in manufacturing relies on these imported recyclable plastics, papers and electronic components due to a shortage of domestic resources. On the other hand, the imported waste, including illegal imports, has also damaged the environment and people’s health over the past decades.

After the order came into effect, concerns could not only be heard from Western countries. Some in China also feared the ban on waste might exacerbate resource shortages in the country, resulting in another round of damage to China’s ecology. For instance, to make up for the shortfall in recycled metals and paper, more copper and other metals would need to be mined and more forests lumbered.

China has stepped into a brand new phase in terms of economic and social development, and the environment has been a hot issue to tackle for both government and the people. This is especially true since last year’s CPC Congress, when a speech by President Xi Jinping made people profoundly aware that clear water and lush mountains are invaluable assets.

Other than preserving the environment and protecting people’s health, the order also encourages imported waste to be replaced with recyclable materials collected in China’s domestic market from the growing middle-class. Moreover, the order does not ban all foreign recyclables but low grade wastes and those highly toxic to the environment.

Under China’s ban on lower grade waste, Western countries will have to perfect their recycling links, which will help them to establish a complete recycled economy. It’s high time for developed countries to shoulder their own responsibility.

The gesture will surely benefit China’s environment and Chinese people in the long run. China had trekked a hard journey from the dump site for the world’s garbage to establishing its own garbage recycling system. China’s recycling experience and technology will also benefit more countries with more and more Chinese environmental protection enterprises establishing themselves overseas.