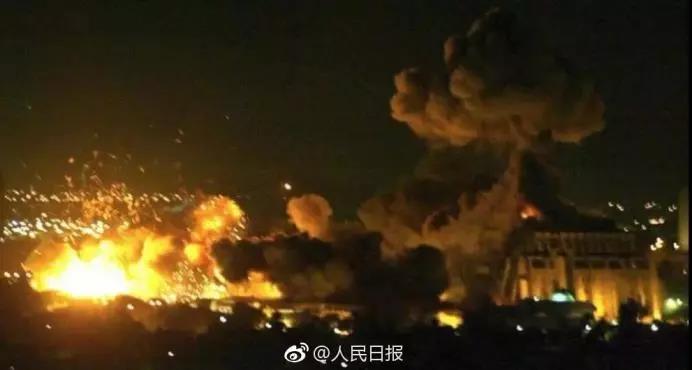 Moscow (People' Daily) - Syria intercepted many of over 100 missiles launched at its civilian, military object.

The majority of rockets fired in Syria by the UK, US, and France were intercepted by Syrian air defense systems, the Russian Defense Ministry said. Russian air defense units were not involved in repelling the attack.

The warplanes and vessels of the US and its allies launched over 100 cruise missiles and air-surface missiles on Syrian civil and military facilities, the ministry stated.

The strikes were conducted by two US ships stationed in the Red Sea, with tactical air support from the Mediterranean and Rockwell B-1 Lancer bombers from Al-Tanf coalition airbase in Syria’s Homs province, according to the statement.