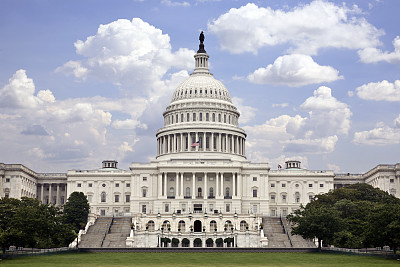 "The escalation of trade tensions with China could result in harm to all our member companies, member farms, their workers, and their consumers," these industry associations said in a letter to House Ways and Means Committee Chairman Kevin Brady and Ranking Member Richard Neal, released by the National Retail Federation on Thursday.

"As required by the Constitution, Congress must play a strong role in quickly mitigating this situation," the letter said, warning the Donald Trump administration's planned tariffs on Chinese imports would harm U.S. businesses and consumers.

"While the tariffs are not yet in effect, the possibility of imposition of tariffs on billions of dollars of goods, the as-yet-undefined potential investment restrictions and threats of a potential trade war create unpredictability across the business and farm community here in the United States, depress commodity prices, and have already harmed U.S. companies, farmers, consumers and markets," the letter said.

These industry associations also argued that the Trump administration's tariff approach does not adequately account for the role of the global supply chain in product production and assembly.

"U.S. businesses typically work with contracts anywhere from six to nine months in advance. Applying tariffs on imports from China will certainly disrupt those supply chains," the letter said.

The letter comes after the Trump administration last week released a proposed list of Chinese products worth 50 billion U.S. dollars that would be imposed on an additional tariff of 25 percent, based on a so-called Section 301 investigation into alleged Chinese intellectual property and technology transfer practices.

The Chinese government has strongly condemned and firmly opposed the unfounded Section 301 investigation and the proposed list of products and tariff increases based on the investigation.

China has also unveiled a list of products worth 50 billion dollars imported from the United States that would be imposed on an additional tariff of 25 percent, in response to the U.S. tariff plan.

As of now, government officials of the two countries have never engaged in any negotiations concerning the trade friction, according to Chinese Ministry of Commerce spokesman Gao Feng.

"There are principles to follow for negotiations. The U.S. side has not shown any sincerity to negotiate," Gao said Thursday, adding China will fight till the very end if the United States insists on unilateralism and trade protectionism.