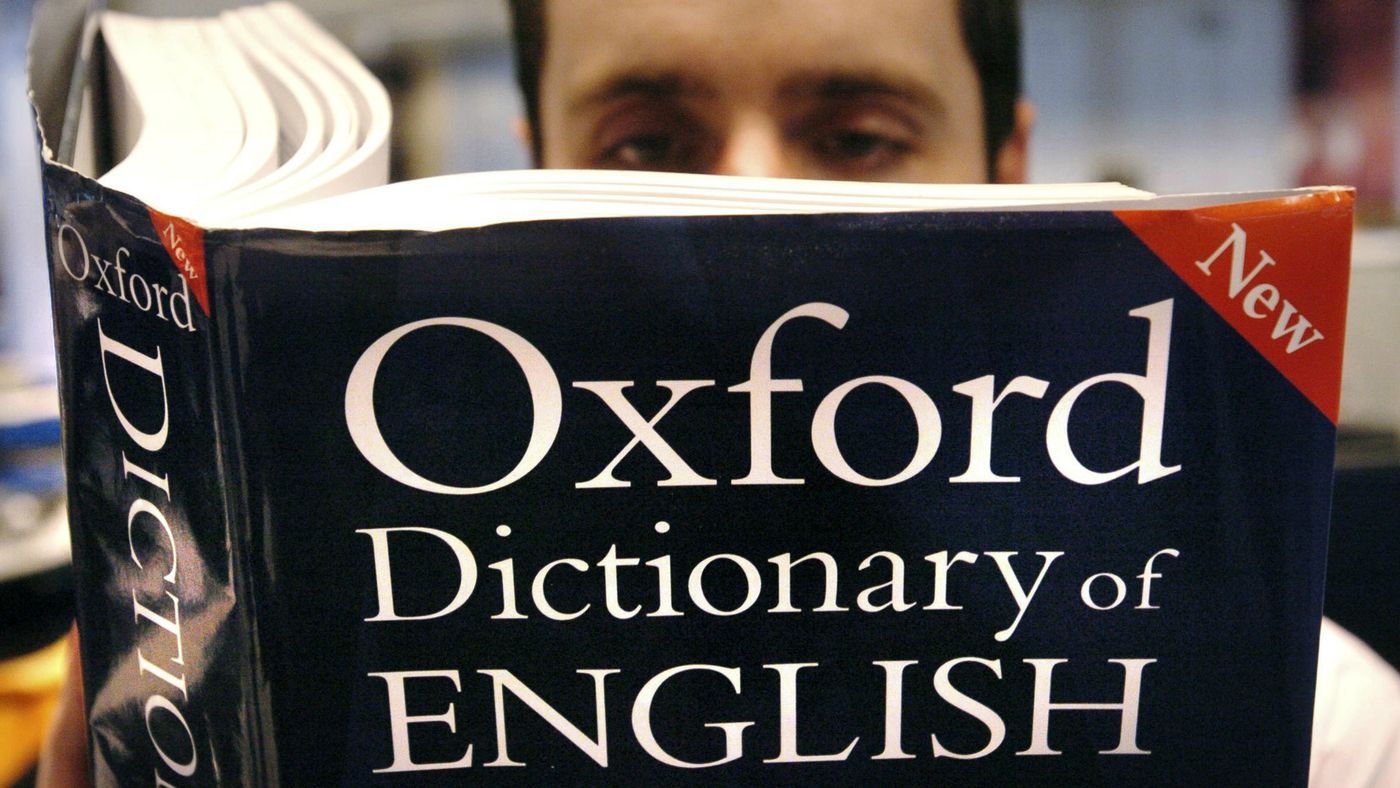 Oxford English Dictionary, or OED, the 150-year-old dictionary in the UK, added over 1,100 new words to its latest edition this week.

Some of these words already exist, but are given a modern meaning, while others are newly created and widely used.

According to the editors, qualifying for the list requires several independent examples of a word being used and evidence that it has been in use "for a reasonable amount of time.”

Editors would consult experts in a particular field when adding new words. For example, the latest update contains over 100 words relating to childbirth, so the editors discussed with an online parenting forum called Mumsnet before making the final decision. 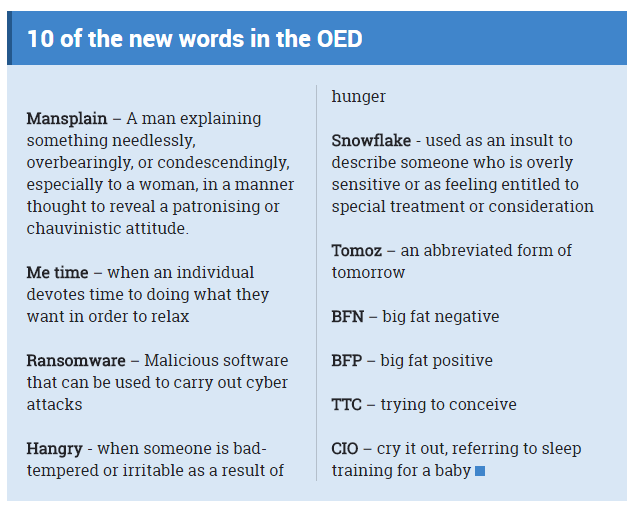 Here are some words in the latest edition.

Hangry means “bad-tempered or irritable as a result of hunger.” While this word was first used in 1956, it was not so popular until recently.

Me time means “time devoted to doing what one wants (typically on one’s own), as opposed to working or doing things for others.” According to Katherine Connor Martin, head of US Dictionaries, this word is the third compound to be added to the OED’s entry for “me.” The other two, both dating back from the late 1970s, are me decade and me generation.

Deglobalization. The meaning is obvious by its spelling. This word was first attested in English in 1968, but has become notably more common over the past two decades.

The OED is regarded as the accepted authority on the English language worldwide. It updates every three months, revising existing entries and adding new words. Unlike other dictionaries, which only explain the words’ current meanings, the OED tracks the history of words and trend of the language.