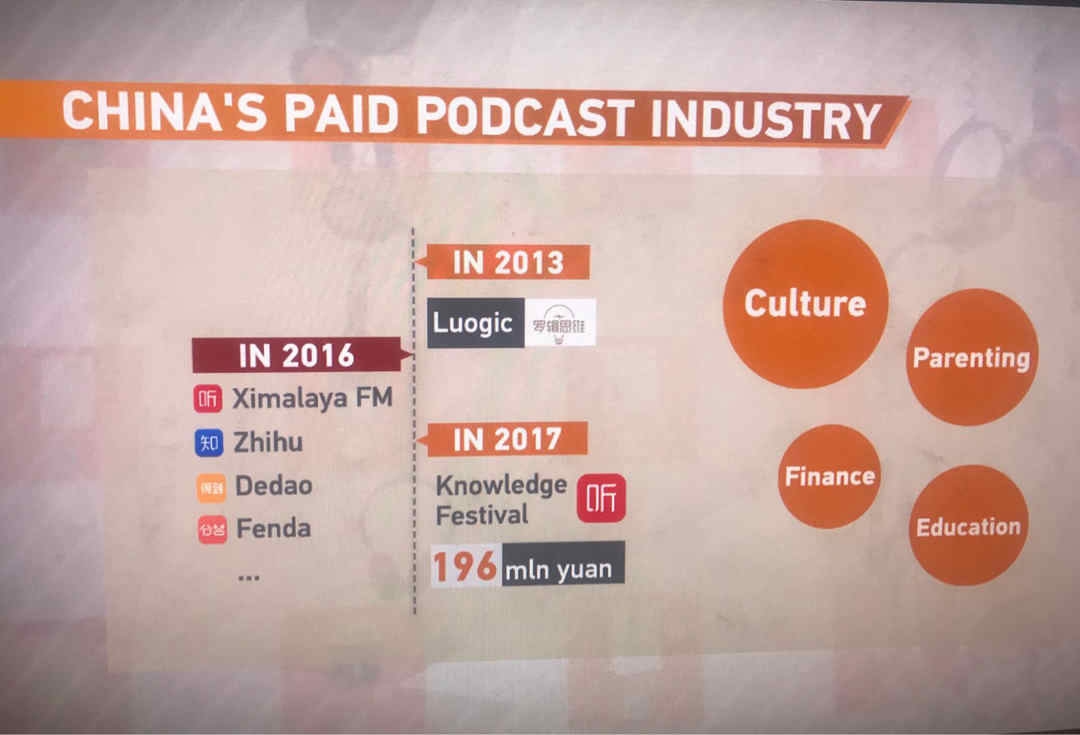 Crowdfunding for online content has become a new trend in China. An estimated 188 million people in the country had registered for new learning experiences on the Internet, primarily via podcasts, by the end of 2017. And there is still a large potential.

Olivia Ouyang, an avid podcast follower, doesn't get the Monday morning blues as she starts her week learning more about Chinese culture through a podcast app on her cellphone while preparing breakfast.

Stuck in Beijing's rush-hour traffic, the young financial talent freshens herself up by listening to a lesson about music.

“We strain our eyes at work each day. I want to give my eyes some rest, while keep learning new things. I'm used to multitasking, so learning from podcasts isn't a distraction. Meanwhile, I think fragmented learning is quite efficient as to find your real interest from the extensive content," said Oliva Ouyang. 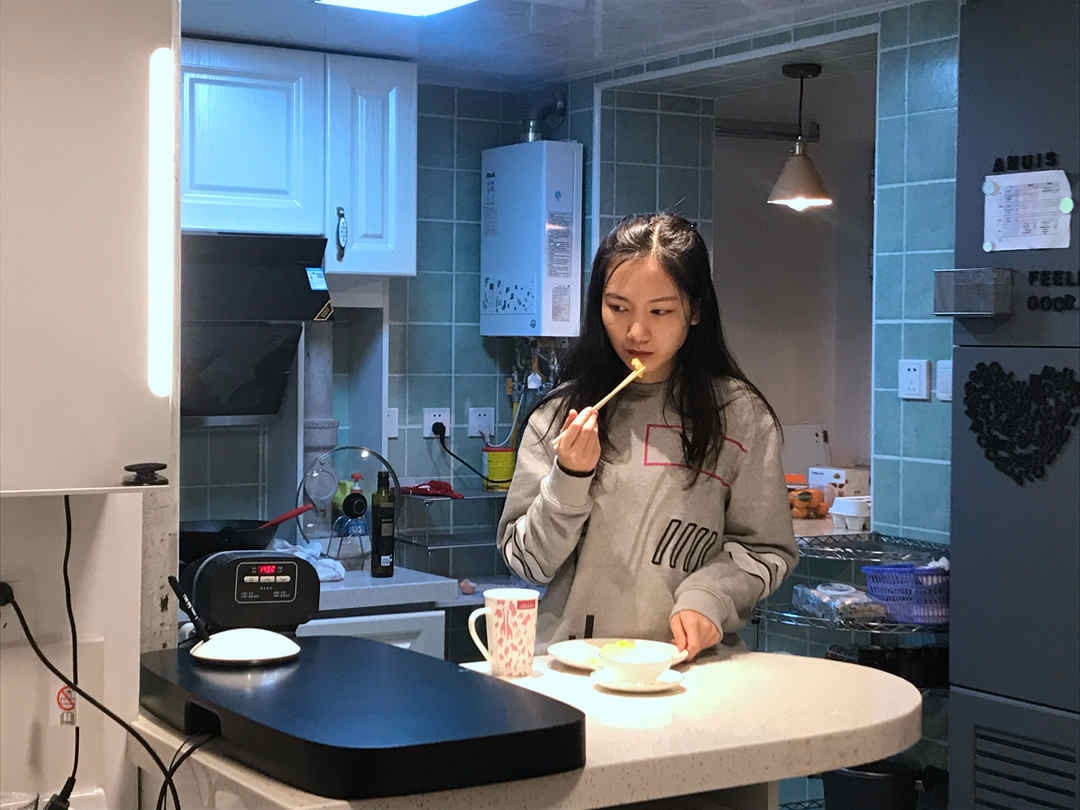 Olivia Ouyang, an avid podcast follower, listens to some culture lessons while having breakfast on Jan 15, 2018. (Photo: CGTN)

Paid podcast in China dates back to 2013, when the early bird “luogic,” an online podcast mainly focused on book reviews started to charge for membership.

But the tipping point didn't arrive until 2016 when content sharing platforms like Ximalaya FM, Zhihu, Dedao and Fenda all launched paid-content services.

They held a special promotion day on December 3, 2017, with payments to China’s largest audio-sharing platform Ximalaya FM reaching 196 million yuan (30 million US dollars), which is a four-fold increase from the year of 2016 when it first launched its knowledge promotion day.

“There may be some misunderstandings about podcast products. Unlike ordinary audio books, podcasts have unique features tailor-made for targeted listeners. These audio materials can connect to videos, books and lectures, forming a complete production chain,” said Zhou Xiaohan, Vice President of Ximalaya FM.

Hao Hao Shuo Hua, or being a skilled communicator, is the top-ranking paid podcast on Ximalaya. It has nearly 300 thousand subscribers, and each of them spends nearly 200 yuan (30 US dollars) on it. 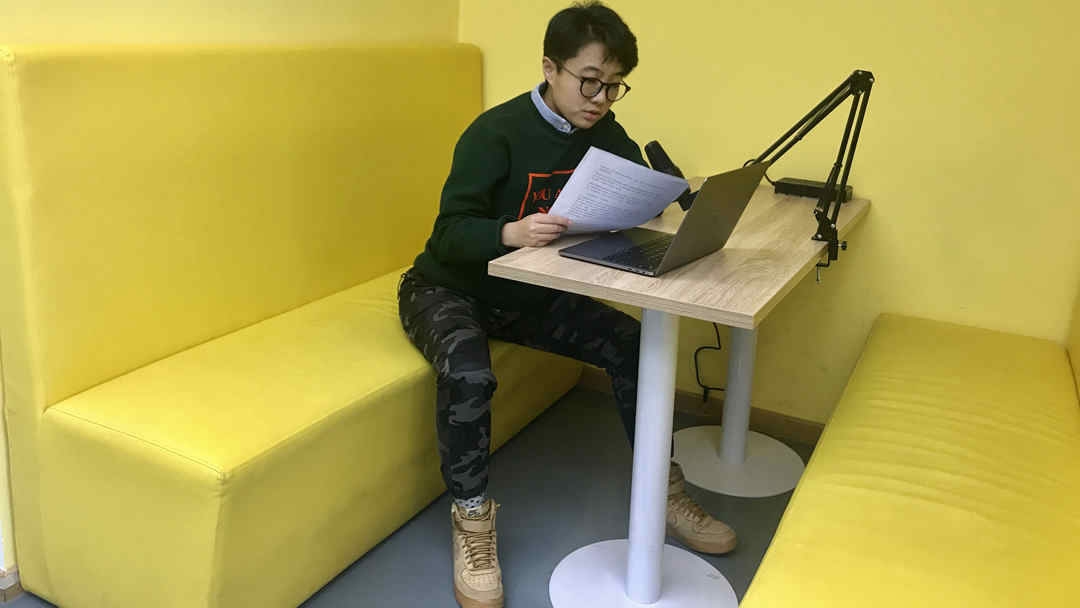 Qiu Chen, once a debating champion in "Qi pa shuo," records for the podcast show "Hao Hao Shuo Hua," or "Being a skilled communicator" on Jan 13, 2018. (Photo: CGTN)

Qiu Chen, a former champion of the well-known Chinese online debate show “Qi pa shuo,” is one of the five hosts. From an online celebrity to radio host, it is still a learning curve for her.

"We have came up with many ideas to improve the interaction with followers. At first when I recorded a show, I'd invited some colleagues to sit in front of me and told them not to laugh. When they weren't there, I talked to their profile photos. But now, when I sit in front of the mic, I can immediately feel an audience around me," Zhou shared her podcast-production experience with CGTN.

It's still early days for paid podcasts, and not everyone is a fan of this new trend.

"It is easier for me to catch the meaning of words in written form rather than in audio books," said one reader at the Capital Library of China.

"Words in books are more memorable, and left deeper impression on me,” said another reader.

Ximalaya says only six percent of its active users pay for the podcasts in the past year. But business is already good for these platforms, and they expect the trend to continue growing.