China has kicked off Chunyun, or Spring Festival travel rush a week ago. Hundreds of millions of people working far from home are heading home to celebrate the Spring Festival with their family, most of them are immigrant workers from rural areas working in cities. 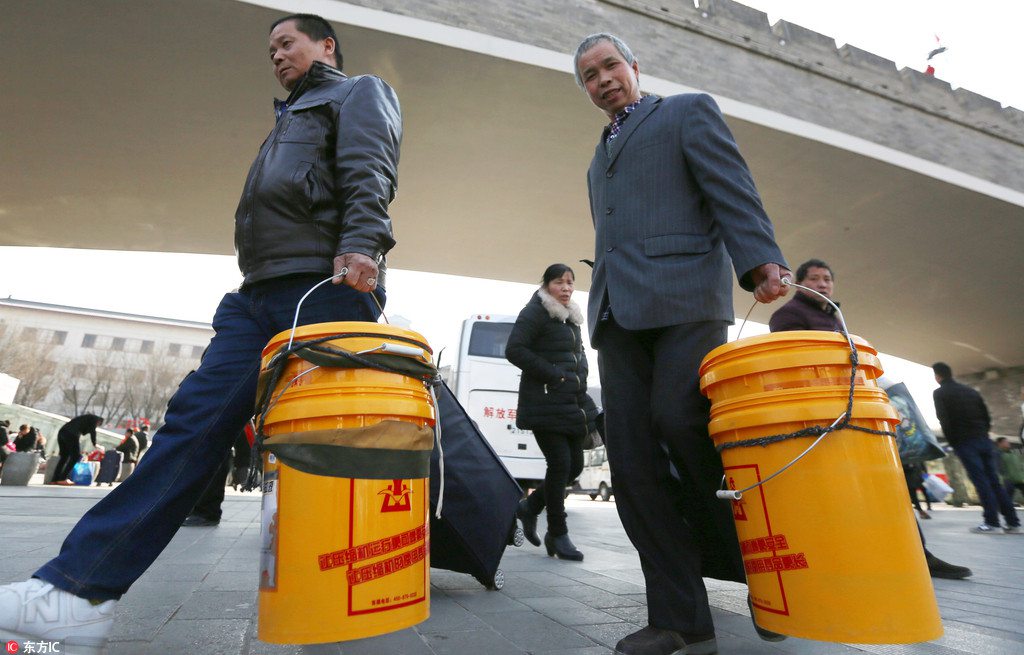 After a year’s hard work, they can finally have a break and enjoy good times with their family. Each of them take several huge bags in the long journey, and some of them even get “seatless” tickets in the trip that could take hours or even days.

A netizen noticed a funny scene at the waiting hall of the train station. He said a number of passengers take a plastic bucket with them, and that has sparked lively discussions on China’s social media.

“They will use it as a water bucket or simply store crops and other stuff. And they will bring one or two for the neighbors.”

Some said it’s a souvenir or food container.

“Yes, they will put eggs at the bottom and cover with rice, so that they’ll have 5 kg rice and 5kg of eggs when they return to work. You can also sit on the bucket after covering it.” 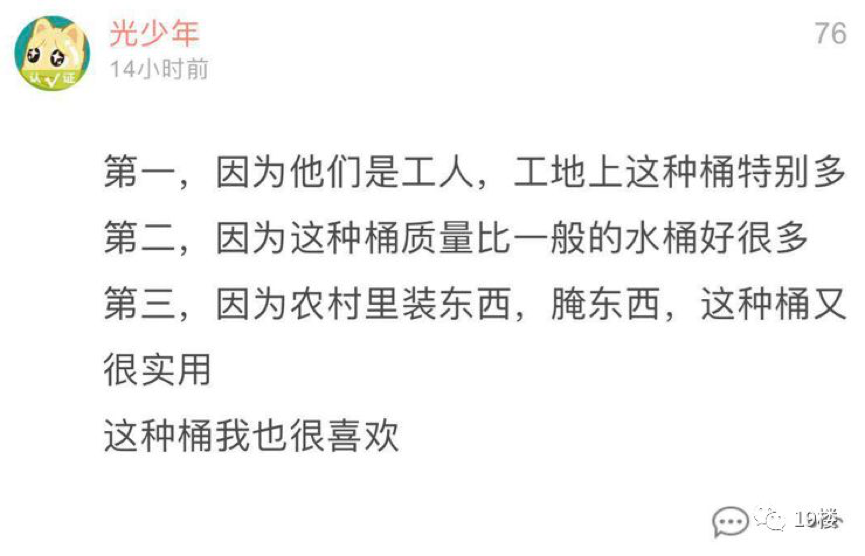 “First, workers can get easy access to those buckets in construction sites. Second, the buckets are usually more durable than regular ones. Third, people living in the countryside like pickling vegetables, which can be a good container. And I like those buckets.” 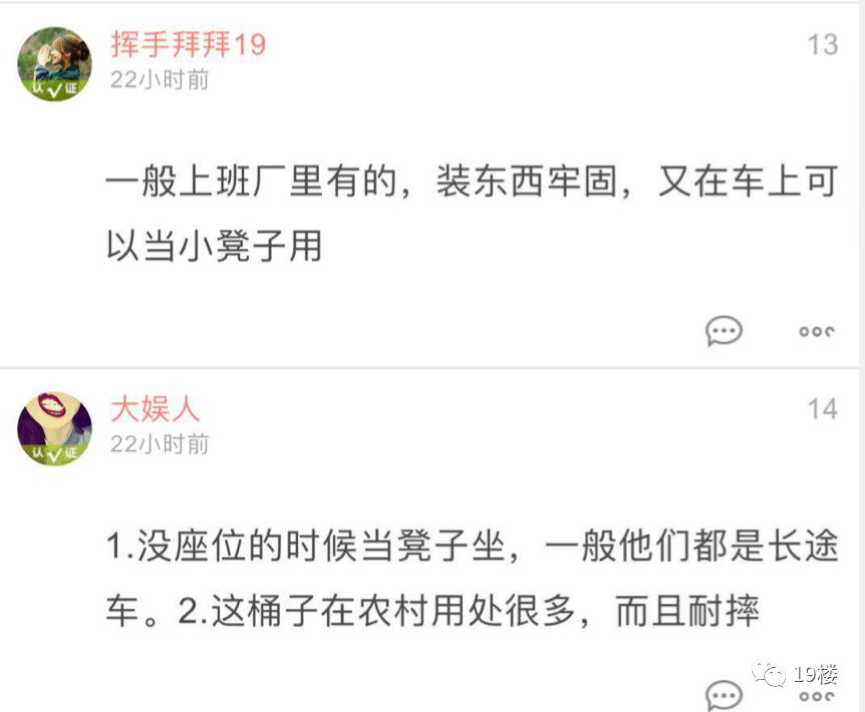 “I. They can sit on the bucket as a stool if there’s no seat for them because most of them will travel a long journey. II. The bucket is versatile in a village, and shatter-proof.”

The older generation seem to have a crush on this type of bucket.

“We have several of them in our new house as dustbins and my parents refuse to abandon them and loathe the ones I bought from IKEA.”

“My father used to bring home this sort of bucket, and they have been working until now. I have no idea whether it is sanitary or not.”

And some people suggest the bucket should not be used to contain food.

“It (the bucket) can be used as a stool if there is no seat in the train and used as a container to feed pigs and water crops,” a passenger said. “It’s very popular with the folks in the village,”he added. 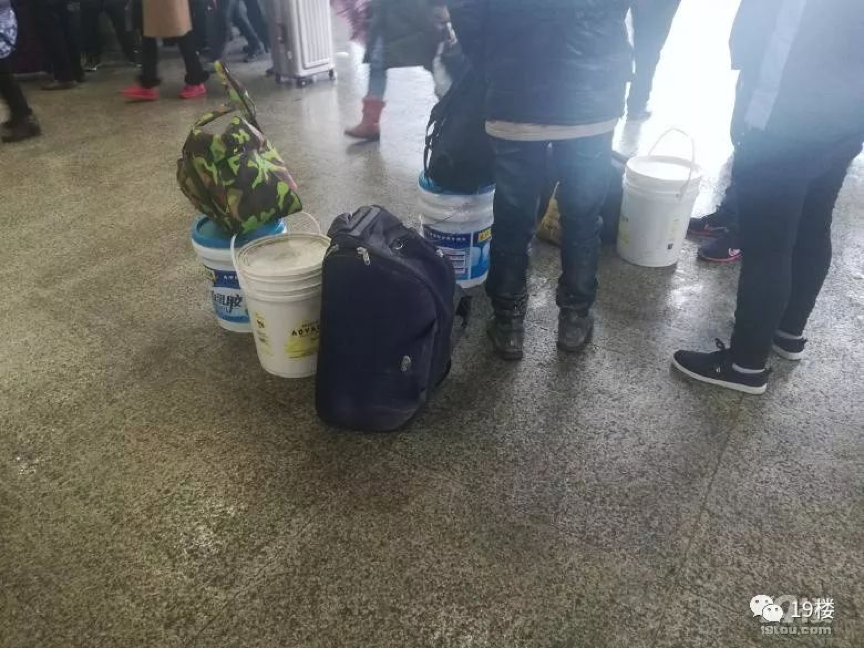 A passenger from Anhui Province, East China said that he brought about 100 such buckets home from the construction site which were used to contain coating materials or latex paint. They were piled up and brought home with the help of several friends. A swineherd relative took 50, the rest were taken by the neighbors, and only left 4 or 5 for himself. 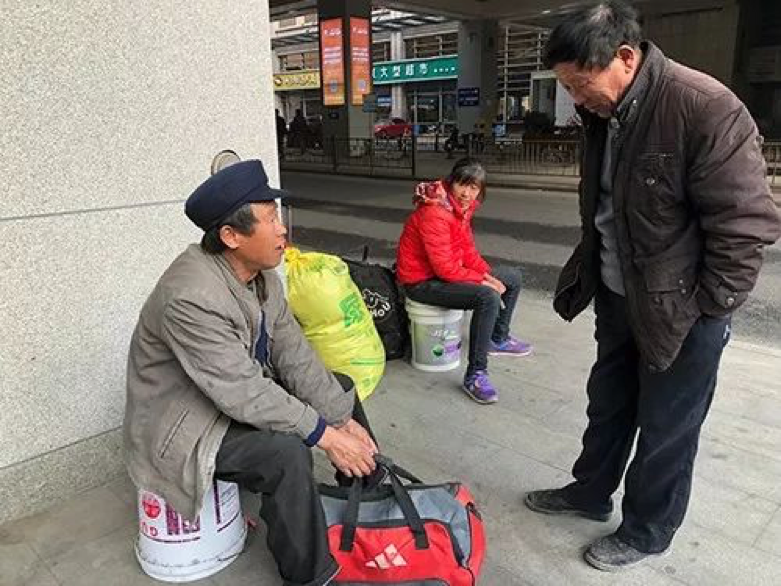 Passengers sit on the bottom of a bucket.

A passenger surnamed Yan said his bucket was mainly for sitting on because the bucket bottom is flat, broad and steady which is perfect to hold the entire hip. Otherwise, the 14-hour journey will be really difficult.

Chen, who sat next to Yan, said snacks and nuts for her kids are in her bucket, which is wrapped with packing tape.

Plastic buckets can be seen everywhere in the crowded train station, and can be helpful in a long journey. But they better not use them to contain food.