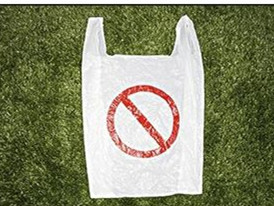 Mexico City (People's Daily app)- Panama has become the first Central American country to ban plastic bags to help reduce the volume of marine litter in the Pacific Ocean and the Caribbean Sea, the second most contaminated by plastics worldwide.

Eight million tons of plastics are dumped into the sea a year, and if this continues, there will be more plastics than fish in the ocean by 2050, the United Nations (UN) estimates.

Panamanian President Juan Carlos Varela announced in January that plastic bags would not be allowed in supermarkets, pharmacies or retailers and the law concerning this was enacted this year as well.

Since then, all commercial entities will have 18 to 24 months to replace the bags, and plastic bags will be completely abandoned in 2020, according to the Panamanian government.

With this new regulation, it is expected that the use of plastics in Panama will decrease by 20%.