HEADLINE Panda in good health after five years in wild

Panda in good health after five years in wild 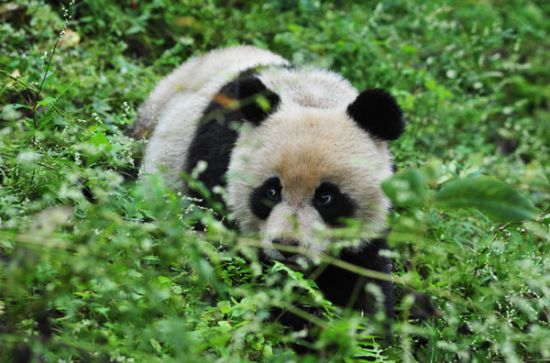 A captive-bred male panda is still in good health after five years in the wild, said the China Conservation and Research Center for Giant Panda.

Taotao was two years old when he was released into the wild on Oct. 11, 2012. On Thursday, he wandered into Liziping natural reserve in southwest China's Sichuan Province and was taken in by researchers.

Taotao weighs 115 kilograms and is in good health, the center said. He was set free again Friday.

The center said Taotao set a new record in terms of the amount of time an artificially-bred panda had survived in the wild.

Taotao was the second effort to release a panda to the wild. The first, Xiangxiang, died after fighting with wild pandas for food, about a year after his release in 2007.

The failure compelled scientists and experts to use a training method that focused the panda cub on learning from its mother.

"Taotao lived in semi-wild conditions from a very young age, and learnt from his mother, so there was no human intervention," said Zhang Hemin, deputy director of the center.

Since 2010, the center has released eight pandas using the method, with seven surviving.