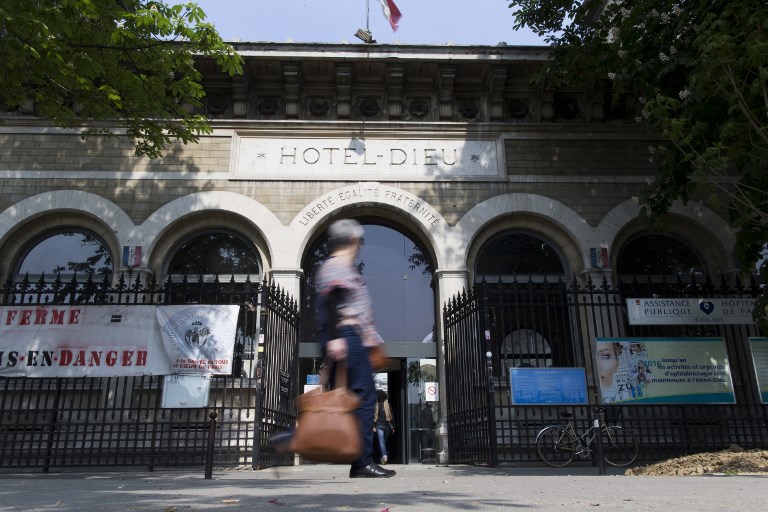 Paris (People's Daily) - To cope with the increasing violence in hospitals, Parisian hospitals will increase by 40% the number CCTV cameras over the next three years.

The move comes amid criticism that the money would be better spent on better medical service.

“We are moving quickly on video surveillance,” announced Martin Hirsch, general director of the Public Assistance-Paris Hospitals (AP-HP) in Paris on Wednesday.

Violence has been increasing in Paris hospitals in recent years. In 2016, 4,302 “undesirable events” happened in hospitals in Paris, up from 3,895 cases in 2015, according to the National Observatory of Violence in Health Care.

Three quarters of the incidents occurred in AP-HP establishments. Half involved attacks on people, the other half damage to property, such as valuable medical equipment.

Faced with the situation, AP-HP carried out in late 2016 a security action plan, aiming to enhance entry control to hospitals and the level of vigilance of staff.

This year, the hospital is counting on video surveillance to root out violence inside hospitals. The cameras offer a triple advantage: a visible deterrent, effectiveness in identifying the persons committing crimes, and a faster response time for security.

But the plan is stirring up anger among doctors and nursing staff. “With 30 million euros, how many nurses can we hire instead? ” is a typical response.

The spending on cameras comes as AP-HP plans to dismiss 180 non-medical employees in order to reduce its deficit of 174 million euros.

Some doctors protest that the management team is wrong about the cameras and knows little about realities of working in a hospital.

The doctors argue that violent incidents are primarily due to the slowness of medical care and the lack of contact with nursing staff. Video surveillance cannot resolve these problems.

On Twitter, the French National Union of Nurses said “a large number of nurses are needed,” rather than the cameras.

The union says nurses are suffering an excessive workload, and the key is to hire more of them to reduce patients' waiting time and their anxiety and provide high-quality care.

“We will first make sure that an open place is also a safe one,” said Hirsch to French newspaper Le Parisien, responding to the major concerns and announcing that ten hospitals will be equipped with the cameras in 2018.