Paris knife attack: what we know 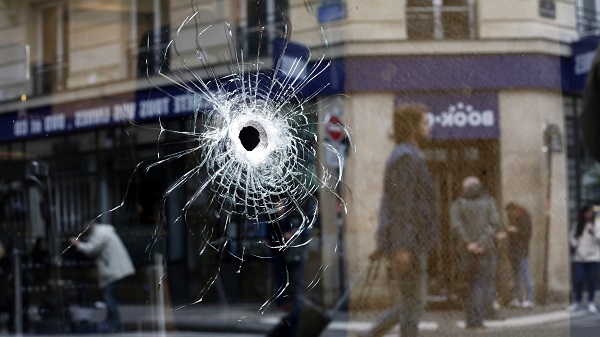 A knifeman crying "Allahu akbar"  (God is greater) killed one person and wounded four others on the streets of Paris Saturday evening before being shot dead by police.

Here is what we know so far:

Two witnesses and a judicial source said the man was shouting "Allahu akbar" during the attack.

Police said the man, seeing them approaching, yelled out, "Shoot, shoot. I'm going to gun you down."

Many described scenes of panic as people realised a potential terror attack was under way in a city that has been hit by multiple deadly jihadist assaults in recent years.

According to sources with knowledge of the case, the man attacked random people in the street.

A 29-year-old Frenchman was killed. A 34-year-old Chinese man from Luxembourg was out of danger after undergoing surgery, Interior Minister Gerard Collomb said after visiting him in hospital.

- What was the police response? -

French Prime Minister Edouard Philippe said police were on the scene "within five minutes" of the attack. Some nine minutes later the assailant was dead, he added.

A police source told AFP one officer tried to restrain the attacker with a Taser but when that failed a colleague fatally shot the man. He was declared dead at 1924 GMT.

"The speed of the response obviously avoided a heavier toll," Philippe said.

- What is known about the attacker? -

The attacker has been identified as Khamzat Azimov, who was born in the Russian republic of Chechnya in November 1997.

His parents were taken into custody on Sunday, according to a French judicial source.

"He had no judicial record," the source added of the man, who grew up in the eastern city of Strasbourg, taking French citizenship in 2010 upon his mother's naturalisation.

On Sunday a friend in Strasbourg described as the "individual closest" to Azimov was arrested and a computer was seized from his home, according to a source close to the probe.

Strasbourg is home to a sizeable Chechen community.

Azimov had been on both of France's main watchlists for suspected radicals -- the so-called "S file" as well as a more targeted File for the Prevention of Terrorist Radicalisation (FSPRT), focused on potential terror threats -- since 2016.

But an informed source said relatives, rather than Azimov himself, had "drawn the attention" of intelligence services.

The source said anti-terror officials had interviewed him a year ago in connection with an acquaintance "himself linked to someone who left for Syria."

Investigators said the assailant carried no identifying documents on him.

Amaq, the IS propaganda agency, released a video on Sunday in which it claimed responsibility for the attack, with footage which it claims shows Azimov pledging allegiance to the jihadist group.