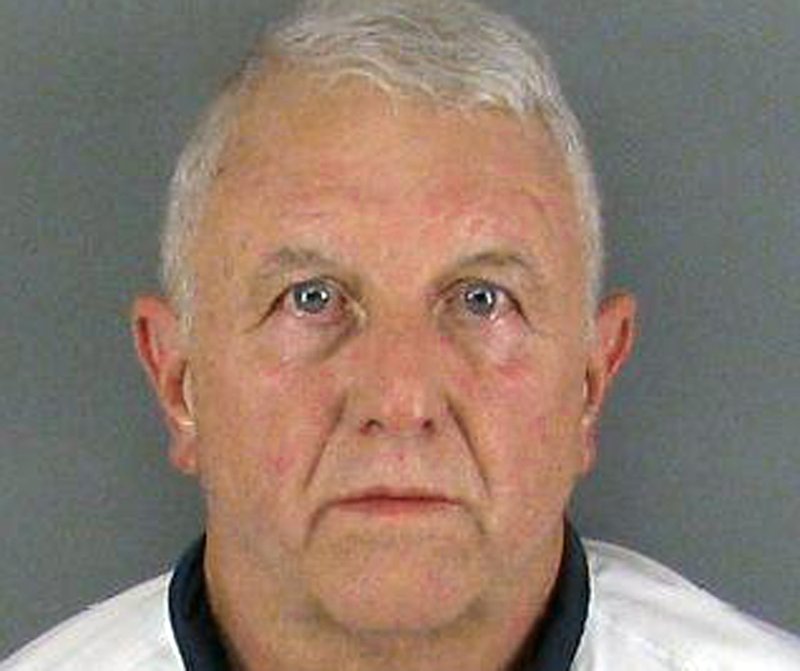 A North Carolina businessman suffering from severe mental illness left a meal with his family, got into his sport utility vehicle and then drove at high speed into the restaurant, killing his daughter and daughter-in-law and critically injuring other relatives, his pastor said Monday.

Roger Self had been treated for depression and anxiety that seemed to become more intense in the two and a half months preceding Sunday’s deadly crash, said the Rev. Austin Rammell of Venture Church in Dallas, North Carolina. The pastor, who is a close family friend, said Self opened up about his problems about 10 weeks ago, when he asked his son to take his guns away from him.

“His family and close friends have intensely labored to try and get Roger help. We all feel a level of guilt,” the pastor said at a news conference.

The pastor worried that his friend might hurt himself, but didn’t imagine he would hurt his family. Still, he said Self’s judgment had become impaired.

“It’s very possible that in his mind, he was thinking the best thing for this family was that they all go to heaven together,” he said.

Self was immediately arrested outside the Surf and Turf Lodge on Sunday. Jail records show he’s been charged with two counts of first-degree murder in the deaths of his daughter, Katelyn Self, a deputy with the Gaston County Sheriff’s Office, and his daughter-in-law, Amanda Self, a nurse.

Josh Self and Roger Self’s wife, Diane, were in critical but stable condition on Monday, said Rammell, who has been in close contact with the family. The pastor said that Josh and Amanda Self’s children were among other family members at the meal, but they are OK and being cared for by relatives.

The crash sent stunned patrons scrambling Sunday afternoon at the eatery about 30 miles (50 kilometers) west of Charlotte. “He drove his car into the building, killing people, so that’s why we took him into custody immediately,” Bessemer City Police Chief Thomas Ellis Jr. said.

Katelyn Self had arranged Sunday’s after-church lunch, inviting her fiance and his parents as well, because she was hoping that her father would feel better if he were surrounded by family, Rammell said. They had ordered drinks and appetizers and were talking and laughing after being seated at a table near the window.

The pastor said the family wasn’t initially concerned when he got up, figuring he may have been suffering from anxiety.

“They began noticing his car out in the parking lot had circled. And the next thing you know he came through the window,” Rammell said.

The pastor said Self had seen a psychiatrist and family doctor but hadn’t been hospitalized. Rammell said Self told him he was taking medicine for depression and anxiety, but he was becoming particularly unstable over the weekend.

“It was a roller coaster, and in the last few days it went from bad to really bad,” he said.

Restaurant busboy Caleb Martin, 14, said he saw the crash and tried to help by clearing debris and tables away.

“I walked over to my station and I heard a loud boom,” Caleb told WSOC-TV. “The one guy I could help in back, he was pretty hurt.”

Katelyn Self, 26, was a four-year veteran of the Gaston County Sheriff’s Office, the sheriff said in a news release. She had worked as a corporal in the jail and was off duty when she was fatally injured.

Authorities said the family was requesting privacy and referred any questions to Rammell.

Roger Self, a former law enforcement officer, ran a private investigations business called Southeastern Loss Management, mostly working for companies to investigate employees’ wrongdoing. Rammell said the business had been going through an unspecified “transition” that required the help of some friends, but he didn’t elaborate.

Rammell, whose church is listed in a directory of the Southern Baptist Convention, said Self had been active for decades in a Baptist congregation that grew into Venture Church. He said Self had served as a volunteer youth minister to “hundreds and hundreds.”

“They can’t even grasp that the man who had that kind of impact in their life did this,” he said.