Flu swept across China this winter.

The latest report released by the National Health and Family Planning Commission of the People’s Republic of China shows that the number of influenza cases across the nation reached 120,000 in December 2017.

According to data published by the Beijing Municipal Commission of Health and Family Planning, the number of flu cases, especially type B flu, reported in the 46th week of 2017 did not exceed 500 while the number rose to 9,548 in the first week of 2018. From January 1-16, 2018, Zhejiang province reported 15,528 cases, an increase of 15 times from last year. In Tianjin, the Tianjin Haihe Hospital posted a notification that their pediatric department had to suspend medical services as all of their pediatricians fell ill due to their heavy workload.

The same issue that attracted people’s attention can be traced back to January 2016, when the two-child policy was fully implemented. There were 17.86 million newborns in 2016, and the number of pediatric outpatients has increased by 30%.

However, the number of pediatricians in China lags behind demand. 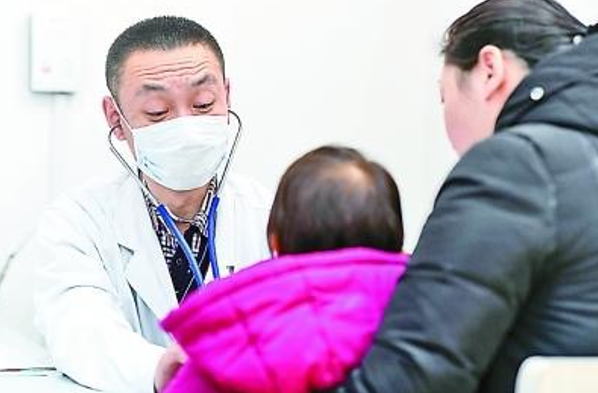 Not only is there a shortage of pediatricians, but their numbers are actually dropping. According to the white paper, 14,310 pediatricians have quit, or 10.7%.

Some people argue this shortage is the result of  the scrapping of pediatrics at the undergraduate level in 1999. The Ministry of Education decided to establish  a clinical medicine major in place of pediatrics so as to widen students’ specialization. Pediatrics became one course of that major. However, some experts said this needs further evaluation.

To increase the number of pediatricians, the National Health and Family Planning Commission has implemented a policy allowing lower admission scores for the pediatrics section in the medical qualification examination. Eight universities, including China Medical University, reestablished pediatrics at the undergraduate level in 2016, aiming to increase the number of pediatricians from 0.53 to 0.6 per thousand children by 2020.

Zhong Nanshan, a deputy of the National People's Congress and member of the Chinese Academy of Engineering, said although reestablishing undergraduate-level pediatrics is one way to solve the problem, the fundamental way lies in improving pediatricians’ treatment.

The situation whereby a hospital subsidizes its medical services with overly expensive drug prescriptions has lasted for a long time in China. A  child needs a relatively small dose of drugs, almost one-fourth of an adult’s dosage. This means the bonus to a pediatrician is far less than that of his colleague from other departments for the same workload. 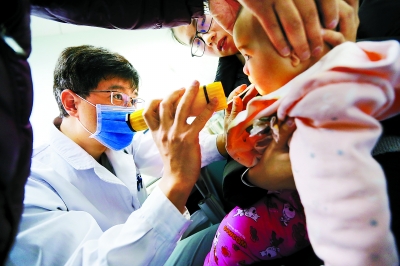 According to a survey conducted by the Chinese Pediatrics Society of the Chinese Medical Association, an average workload of a pediatrician is 1.68 times that of a non-pediatrician, but earns only 76% of the revenue of his colleagues.

Under intense pressure of higher costs of living, many pediatricians have decided to resign. Shenzhen TV station has reported that 36 doctors and 139 nurses resigned from Shenzhen Children’s Hospital from 2011 to 2015. One well-known pediatrician named Pei Honggang said in his resignation letter that being a pediatrician is tiring. He said he not only has  a heavy workload with low income, but also needs to bear the high risk of medical disputes.